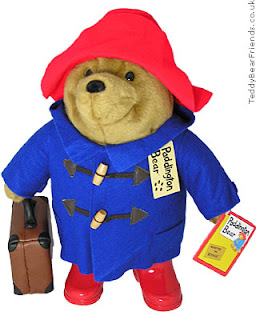 Watch out.  The EU has realised that there is a threat to their rule of Britain.  There is a bear at large which is corrupting the youth of the country with notions of caring and loving each other, without any paedophiles required.  This can clearly not be allowed.  All children must become slaves to the perverts that rule us.  That’s the whole pointbof world government, didn’t you know – being so powerful you can rape and force sex on tiny kids.

Do you have copies of Paddington Bear and the Famous Five?
We uncovered an EU report seeking to ban these famous children’s books, just because they promote traditional gender roles.

Clearly the EU Committee on Gender Equality isn’t best pleased
(yes – such a body does exist!).

Maybe Paddington should be UKIP’s new insignia/logo.  I would keep the £ sign if I was Nigel Farage.  The Pound needs defending to the end.  But if UKIP must move on, Paddington would symbolise the war with the paedophiles very nicely.