TAP.  Just like the Waterhouse enquiry, this will take forever.  Victims will die, as will whistleblowers.  Evidence will be buried, literally, and the perpetrators will walk free.  Victims are always being told to go to the Police.  I wouldn’t do that necessarily, as the Police have been shown to be a major part of the problem.  Go to the blogs, publish your own stories online, where the public can read them.  Why would the Police, the media and the politicians, the very people who raped you, now turn round and help to bring themselves or their colleagues to justice?  They won’t.  If the stories get out into the public domain, then the political, legal and media system, which needs smashing to pieces, will not be able to show its face in public.  That’s the only victory that you will ever get.  Don’t go crawling back to those in power.  They intend to keep raping and killing children for as long as they can get away with it.  Attack them from a side they are not expecting.  Use the main media where it is willing to be used, but otherwise keep them at arms length, and skipping from one foot to the other, as they try to put the spilled milk back in the bottle.
COMMENT –

Government has set up 2 inquiries, one into the original inquiry and a second into N.Wales police. Labour wants a Mega inquiry overseeing many.

BOTH parties are denying the victims asking for an inquiry into the alleged actual criminals. THERE IS NO INQUIRY AS THE PUBLIC ASSUMES INTO THOSE CRIMINALS & NORTH WALES POLICE IS NOT INVESTIGATING EITHER. Typical con job.

Tom Watson just asked Theresa May, 1p.m. Parliament channel 504sky, a long question:
– this ultra focused limited inquiry will fail as before and intended
– instead should investigate other centres of abuse as well
– including Whitehall
– how will she live with herself after initiating this last stage of the cover up?
His question should be available later online or as a video hopefully. 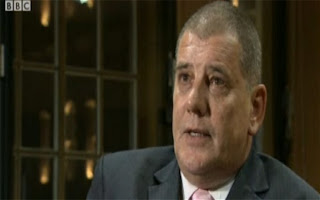 Steve Mesham, serially raped by senior Tory politician, who threatened Newsnight with legal action if they named him

JULIA adds –  I don’t think Tom Watson realises that Cameron is involved too, or maybe he is just playing it that way.

Look at this wording….
They say they will “do this, in partnership with others, by bringing children and young people into the heart of the decision-making process to increase understanding of their best interests”

That’s what they are doing isn’t it, bringing children into the heart of the decision making process, bringing little kids into the arena of the global elite, bringing them into the global paedophile network.
Everything is in double speak. We only see it one particular way because that is the way our thinking has been framed.
It is said that Shakespeare was the first person to use Doublespeak, or double entendre, and he knew a lot.

Daily Telegraph
The “appalling and shocking” claims that a Tory grandee was involved in a paedophile ring at a Welsh children’s home must be fully investigated, Theresa May said today.
The Home Secretary is due to give a statement to the House of Commons after the Prime Minister ordered an investigation into the “truly dreadful” allegations dating back to the 1970s in North Wales.
Speaking to to BBC, Mrs May suggested there could be new information and said ministers need to make sure that a first inquiry “did the job it was supposed to do”.
Downing Street launched the new investigation three days after a victim claimed he was raped “more than a dozen times” by the senior Tory when he was just 13 years old.
This morning, the Home Secretary said the “appalling and shocking” claims must be looked at again, despite a previous public inquiry and police investigation into child sex abuse in North Wales care homes.

The Waterhouse Inquiry found the allegations against the unnamed senior Tory were groundless in 2000 and prevented the names of 28 alleged abusers from being published.
There are now fears child abuse victims have not been taken seriously enough in the wake of revelations about Sir Jimmy Savile.
“I think what we need to do is what the Government is doing, which is saying, given the nature of these concerns, given the background, given the appalling nature of child abuse, we need to look very carefully to make sure that what was done in the past did indeed cover everything that it needed to do and was done properly,” the Home Secretary said.
“I think it is entirely right and proper for the Government to say we should look to make sure that the work that was done in relation to the Waterhouse inquiry did cover everything that it should have needed to cover and that that review was as appropriate as it should have been.”
Asked whether there is any new information, Mrs May said: “I really do think that in the face of these issues, which are, as I say, hugely shocking in relation to child abuse, that we do need to go back and say ‘actually let’s have a review of that inquiry to make sure that it did do the job that it was supposed to do’.”
On Friday, Steve Messham, a sex abuse victim, told BBC’s Newsnight that he had been taken out of a care home and “sold” to men for sexual abuse at a nearby hotel. He said a senior Tory from the time was among the perpetrators.
The senior Conservative was described at the original public inquiry as a “shadowy figure of high public standing”.
Mr Messham will now meet David Jones, the Welsh Secretary, this afternoon, to discuss the allegations in detail.
The senior Tory accused of child abuse has strenuously denied the allegations. He told The Daily Telegraph on Monday that he has only once visited Wrexham in North Wales, where the abuse took place.
He said: “Some guy said I was in the habit of taking young men from Wrexham in my Rolls-Royce.
“But I have only been to Wrexham once and I didn’t visit the children’s home, I made a speech to the constituency. I was with an official at all times. I never had a Rolls Royce.
“When the inquiry was taking place I hired a lawyer to watch it in case there was any mention of my name. The point is that it is totally without any grounds whatsoever.”
Throughout the 1970s and 1980s, abuse was endemic in children’s care homes in North Wales.
Children were systematically raped by paedophiles entrusted by the state with their care, or ferried by to hotels and country homes where they were abused.
In 1996 Mr Hague, announced a judge-led inquiry, describing the abuse as one of the “saddest chapters” in the history of social care.
The inquiry, led by Sir Ronald Waterhouse, heard evidence from more than 650 people who had been in care from 1974 and took three years to complete.
While the final report appeared exhaustive, however, critics said its remit to examine abuse on care home premises was too limited.
The Tap Blog is a collective of like-minded researchers and writers who’ve joined forces to distribute information and voice opinions avoided by the world’s media.