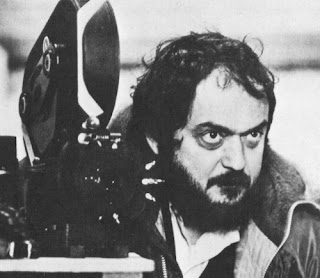 Stanley Kubrick tried to expose Satanism in his last movie Eyes Wide Shut, but he was assassinated and the most important scenes were cut.

…
These are the people who run our world.  Would they have a problem with engineering 9/11 or killing million of civilians by bombing defenceless cities from the sky?  Problem?  They love it.  Stanley Kubrick, the great film director who staged the version of the 1969 Moon landings seen by the public, sought to expose Satanists and the El-ite in his final movie, Eyes Wide Shut, released in 1999.  It starred Tom Cruise and Nicole Kidman, and the theme was Satanism among those in power and their use of mind control to force people to do what they want……

The most memorable scene in Eyes Wide Shut was the satanic ritual in a mansion where the rich and the famous were wearing robes and masks and being directed by the conductor of the ritual.  He was wearing red, but the main body of them all wore black – Saturn.  Masks are not only used for anonymity;  they are symbolic of the mask they wear to hide the identity of who they and their masters really are,  It was only recently that I learned from Kubrick expert, Jay Weidner, that the ritual scene was shot in a Rothschild mansion.

Kubrick was attempting to show people what was going on, but he never lived to see it released.  Part of the deal to stage the Moon landings was that his films could never be censored, and this was a problem for executives at Warner Bros, when they saw the final cut.  They were furious and demanded that some 25 minutes be taken out.    Kubrick refused, and he could do that because of his ‘Moon’ contract.

Kubrick was dead four days later from a ‘heart attack’, and the cuts were then made……

Satanists in human form drink the blood of the (sacrificial) victim, and the hidden ‘gods’ absorb the energy of the terror generated.  This is the oprigin of the term ‘sacrifice to the Gods’.  The victim is terrifed at the point of sacrifice that a specific type of adrenaline enters the bloodstream, and this is like a drug to these desperate people.  It gives them a ‘high’.

They also want the hormonal secretions from the pituitary and pineal glands (third eye) that enter the blood when people are na  state of terror, according to those who have witnessed the rituals.  I am told this is like heroin  or endorphins to them…

When the point of sacrifice nears, a Reptilian hybrid stares into the eyes of the victim and holds them, as one witness put it, ‘in a trance of terror’. ….

Stewart Swerdlow describes how the sacrifice is terrorised before a ‘final thrust of a blade disembowels them’ and the Satanists are covered in rivers of blood.  The sacrificial victim is ripped apart and the internal organs and genitalia are consumed.  Swerdlow says they are in such a frenzy by now that many shapeshift into Reptilians and even attack each other mindlessly.  ………The Wesley Snipes film, Blade, released in 1998, portrays scenes like these described here; and Bram Stoker’s famous stories about Dracula are based on the same theme…

For the Icke sceptics in comments, who ridicule his opinion that the moon is hollow, they might just calmly listen to this –

Kubrick specified the exact date that his film Eyes Wde Shut was released. It is the 30th anniversary of the first Apollo moon launch. Given that he knew quite a bit about the Moon landings, what is he trying to say? I think he is trying to tell us that we see what we want to see, what we are led to see. We don’t use our senses properly to see what’s really there. Hence Eyes Wide Shut. The Moon landings were fake, and everyone believed in them because they were told to.
There is lots to be learnt from movies, film and fiction. If someone made a documentary on Satanism, it would not get a big audience. The best way to get your message across in a society that makes the truth taboo, is to put it out as fiction. There is far more truth in fiction than in so called “factual” newspapers.
The downside is that if Poole come across something like Satansim in real life, they struggle to believe it because they have been told that it is FICTION.
Rosemary’s Baby is another example of Satanism in fiction. Here is a link to an analysis of the film. http://vigilantcitizen.com/moviesandtv/roman-polanskis-rosemarys-baby-and-the-dark-side-of-hollywood/
The author of the book, Ira Levin, also wrote Stepford WIves and Boys from Brazil. All excellent examples of truth in fiction.
I am just reading Diana, Her True Story, which is not fiction, and it reminds me of Rosemary’s Baby.