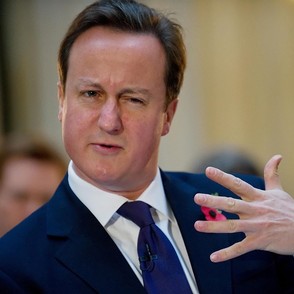 Yes.  You might have get your hands a little dirty, I’m afraid.

Mr Cameron, you are our Prime Minister.  You are running the country.

Paedophiles are operating in rings.  Judges.  Police.  Media.  Politicians.  Masons  Many paedophiles are believed to be operating within your political party and the parties opposite and beside you.

We do notice by the way that you are keeping very quiet about all this.  We do notice that you don’t seem to care at all, and appear only frightened of exposure, when given the opportunity by Philip Schofield to make a helpful statement.

You say that exposing paedophiles is homophobic.  Could you try and explain that please?

You say you are worried about a witch hunt.

Surely a hunt is exactly what we need.  You seem more concerned to avoid any further talk on these matters.

Just to say, David Cameron.  We are noticing and we are watching you.  Just so you know.

We are not going away.  Your reputation is seriously at stake.  If you protect paedophiles, you are no better than them.  Meanwhile kids go missing every day, never to be seen again.

Happy to stay silent?  Thought so.  All you have said so far is ‘homophobic witchhunt’.  Let’s see what else you offer on this most poignant of subjects in the days and weeks ahead, other than ‘enquiry, enquiry, enquiry’.  Silence and hiding behind the judge’s gown, doesn’t really have the measure of the problem.  It’s all over Youtube anyway, right now.  Is this what your government is prepared to allow to continue?

This one survived.   Hooray Henry’s, he described them as.  Posh houses and posh flats.  The boys were picked off one by one, aged 12, some as young as 10.  Up to 10,000 children go ‘missing’ from children’s homes each year.  Not all are able to keep quiet about what’s being done to them.  Others are selected for Satanic sacrifice.  Video from HETT.

Let the hunt begin.  Cameron likes to accuse others of ‘closet’ tendencies.  Let it not be said his own party is a party of closet paedophiles.  If the silence continues, that will be the only possible conclusion.

17 Responses to “Now then, David Cameron. How about these ‘ere paedophiles.”