The political elite twists and turns, trying to find a way to get off the hook as to their filthy habits. Torturing and raping children, in a word or two.

The oldest trick in the book is being used today. It’s like Rothschild Zionists saying you are anti-Semitic if you oppose their targeting world domination. Here we have Rothschild paedophile Satanists trying to hide behind another cloak, accusing the paedophile victims brave enough to come forward, and very few do, of whipping up homophobia.

How low can you go David Cameron?

Then they use the other one.  Take this to the Police.  What exactly have the Police ever done, other than cover up for the elite child rapists?  Jimmy Savile said, ‘I’m untouchable.’  Any Police that were brave enough to take on the paedophile rings, usually lost their jobs, put on trumped up charges and sacked.

Cameron is rushing as fast as he can to ensure no names are ever exposed.  Who knows?  Maybe he’s one of them.  His priority is clearly to protect rapists, not children.  Watch him squirm.

We’ve got news for you, David Cameron,  This needs not the Police, not yet another enquiry that lasts forever and decides nothing happened after all, while the victims get picked off and mysteriously disappear and die.  This requires you the government to admit that there is a serious problem, with far more to come out yet, about Blair, Mandelson, Dunblane,  Police, Judges and Social Workers.  The story of the paedophile rings needs to be admitted and told.

The law is an ass, in this as in so many cases.  If one child makes allegations against one perpetrator, then it is, as the judges say, one person’s word against another (bar any other evidence).  But when dozens of people bring evidence against a single perpetrator, that is no longer as described by the legal profession.  If the government cannot work out who the paedophiles are in its midst, then here’s a suggestion.  The government should resign, en bloc, and the country be run by people who are willing to get to grips with this issue.  In short, David Cameron, if you are really this useless, you must resign immediately.

You cannot just shelve this issue onto the shoulders of the Police.  They have been proved over and over again as either entirely unable or unwilling to deal with it.  You in government have to look at the evidence yourselves and instruct the courts to hold trials of the accused, and ensure fair trials proceed untampered with by filthy hands operating in the background.  The court hearings must be in public and there must be a jury appointed without fixing its members beforehand.  The cases cannot be held one victim at a time, but with multiple victims giving evidence against single perpetrators.  Anything less, and you might as well admit it now, David Cameron.  No names are going to come out.  No one is going to go on trial.  As far as elite paedophile Satanists are concerned, this is business as usual.

Also hear Cameron going after the internet.  The elites are trying everything.  All they refuse to do is act.  They are scared.  They are guilty and they know it.  This blog will not be going quiet any time soon.  Nor will hundreds of others.  Save our country’s children from wholesale abuse, Cameron, or clear off. That’s the blogger party line.  Listen to us, act or die (politically in your case).

COMMENT –  The best joke was the one about justice and he told it with a straight face – perhaps he’s been talking shite for so long he actually believes it. LOL

Let’s get those gallows built and call me if you need an executioner. 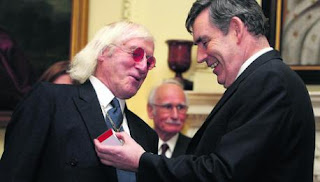 Now defunct magazine Scallywag covered events at Bryn Alyn in detail, some years ago.The magazine alleged that one of the men referred to is Lord McAlpine, at the time of the offences treasurer of the governing Conservative Party. Another regular participant in the activities at Bryn Clwyd was alleged by Scallywag to be Derek Laud, for years a leading mover and shaker in successive Conservative administrations.

Scallywag alleged that Laud was a sadist, who was particularly violent and without mercy in his treatment of the boys. The magazine alleged that on regular occasions his victims would end up in casualty wards. He was a leading political fixer and adviser to Margaret Thatcher although never an MP; indeed he was pictured waving down to the crowds below from an upstairs window of 10 Downing Street as the Conservatives celebrated their 1988 election victory.
The former children connected with this empire of evil who died in mysterious circumstances may have been murdered by the British security services, the price of their silence their lives. Scallywag alleged that MI5 used to take foreign diplomats etc. to the North Wales homes, give them boys to “play” with, secretly filmed them as they buggered, abused and tortured boys then kept the tapes as evidence.
Michael Brown is one of the very few Conservative MP’s who volunteered to “out” himself as gay. Derek Laud, now standing for parliament, (against Bernie Grant in North London) ran a Pimlico PR agency called Ludgate Communications for a number of years which supplied young boys for selected Parliamentarians from children’s homes now being investigated in North Wales. He sometimes did this in cahoots with Ian Greer Associates which has since been scandalised because of the Neil Hamilton Affair and payment for questions on behalf of Al Fayed.
Ludgate Communications was at the very hub of our investigation into the “boys for questions” allegations. At his Pimlico flat, and selected addresses in Dolphin Square nearby, Laud threw paedophile parties and we have one sworn affidavit from a former boy (presently giving evidence in Wales) who claims he was seriously molested (among many others) by Lord McAlpine who was at the time the Tory party’s clandestine fund raiser. It was alleged by this boy and others that Messrs Portillo and Lilley were also guests of Derek Laud. We are assured that this particular volcano is about to erupt, both in North Wales and elsewhere. Michael Portillo has always publicly disassociated himself from Derek Laud, yet here we find him not only acquainted but seemingly in the inner sanctum of private friends. 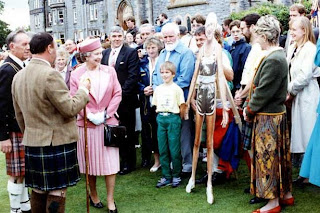 1. A top Scottish Freemason, Former Grand Master Lord Burton, has said that Lord Cullen’s inquiry into the Dunblane massacre was a cover-up.  Lord Burton says Cullen’s inquiry suppressed crucial information to protect high-profile legal figures.
2. These high-profile legal figures may belong to a secretive ‘Super-Mason’ group called The Speculative Society.Lord Burton said: “I have learned of an apparent connection between prominent members of the legal establishment involved in the inquiry, and the secretive Speculative Society. The society was formed in Edinburgh University through Masonic connections so I accept that there might be a link by that route.” Reportedly, members of the Speculative Society have included Lord Cullen and a number of other judges, sheriffs and advocates.
3. Some of these high-profile people had links to the Queen Victoria School ‘where gunman Thomas Hamilton was allowed to roam free before the 1996 atrocity’.
4. Reportedly the police are investigating claims that pupils at Queen Victoria School were regularly taken away and sexually abused.
5. Former housemaster Glenn Harrison told the News of the World how he even found Hamilton, 43, creeping around the dormitories at night. He said Hamilton had close links to a top policeman. Glenn was never called to give evidence at the Cullen Inquiry.
6. Lord Burton said: “I tried repeatedly to raise concerns about the inquiry during my time in the Lords, and I was bullied and threatened by powerful peers loyal to the Conservative Government of the day, who warned me of dire consequences if I continued to embarrass them.” (According to this source Cached – ‘Malcolm Rifkind’s friend and his then Chairman of his constituency party at Edinburgh Pentlands, Robert Bell, according to the front page lead of the Edinburgh Evening News on 23 March 1996, sold guns and ammunition to Thomas Hamilton only a few weeks before the Dunblane massacre, and it was reported he said he would sell him guns again.’)
7. Glenn Harrison had kept dozens of files from pupils alleging bullying and abuse while he was at the Queen Victoria School and wrote to parents warning of the dangers in 1991. It led to him being ousted from the school and just days before he left, police raided his home and confiscated the files.
8. Glenn states that Hamilton had been a friend of Ben Philip, the senior housemaster at QVS. Mr Philip died in December 1993, aged 46, when he fell from a ladder while hanging decorations.
scot-land.blogspot.com/2007/12/lord-cullen-dunblane-lockerbie.html
For William Burns’ further elucidation of the cover-up
www.perceptions.co.uk.com/dunbla33.txt
Alan Milburn, a close ally of Tony Blair, also resigned dramatically from the senior benches of the Labour Party government shortly after Scotland Yard’s anti-paedophile investigation was suppressed by the Blair administration, citing the need to “spend more time with my family”.
For some reason, the abduction of Scottish children for the purpose of rape and murder, always closely linked to senior Labour Party political figures, continues unabated.
Pressure on Police to Release Paedophile Dossier
www.timesonline.co.uk/tol/news/uk/scotland/article708514.ece
Although Labour Supremo Peter Mandelsons’ alleged role in the kidnapping of young girls and boys for the “pleasuring” of the European Union’s elite commissioners in Brussels was the subject of intense speculation long before the disappearance of Madeleine McCann, I can now bring to a close all speculation as to the name of Tony Blair’s most “highly placed and senior politician” who fell not only under the scrutiny of Scotland Yard for crimes against children, but was also identified by the FBI as an active member of the paedophile ring run by Thomas Hamilton.
That name was first revealed to me by Norman Lamont at a private party in Clapham in 1986, during which time I worked as a scriptwriter for the British television media. Lamont later became Chancellor of the Exchequer under John Major’s Conservative administration. Following investigations in 2003 on both my and Bob Kearley’s part, that name cropped up time and time again, and I passed the details to Internet journalist Paul Joseph Watson.
Gordon Brown is a practising paedophile whose activities are known not only to the British, American and Israeli intelligence services, but also by Rupert Murdoch and his senior editor at the Sunday Times.
The Tap Blog is a collective of like-minded researchers and writers who’ve joined forces to distribute information and voice opinions avoided by the world’s media.