The showing on British TV screens of further Israeli attacks on the Palestinian town of Gaza has shocked many Britians, pictures of Palestinian boys and men throwing stones at advancing Israeli tanks and F16s  in a desperate attempt to protect their homes and familes has upset people across Britain as they prepare for their Christmas.

The IDF ( Israeli defence Force) has again used banned weaponry such as phosphorous bombs on the defenceless population, pictures of children lying in the rubble have meant the Military wives who recently were on the news are remaining silent and backing off from the support of more Mid East war.
The excuse for the Israeli attacks is that the home made Katuscka rockets  keep being fired onto Israeli waste land, if that is correct why are not the rocket firers being targetted with what is called “pinpoint attacks” ?

the reason is that the rocket firers are actually Israelis who need an excuse to clear through and steal yet more land in preperation for the next Israeli war.

Some are going as far as to say “we hope Iran wins against these Israeli terorists .”

These pictures on our screens have done irreparable harm to Israel.  Even the Mossad run BBC cannot argue with that. 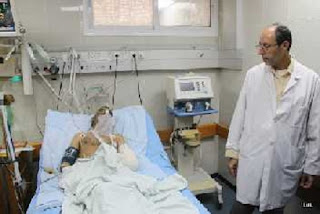 The Israeli attacks across the Gaza Strip have entered their third day. We write this report amid the sounds of incessant bombings, which have continued all day yesterday and throughout the night.
The military escalation carried out by the Israeli Army continues all over the Gaza Strip. From Gaza City, we hear incessant noise of drones and F-16 fighter jets crashing through the sky above our heads. Bombs repeatedly fall in our surroundings, in densely populated civilians areas. At this point, Israeli air forces have conducted nearly 200 airstrikes, bringing the death toll to 19.
Among the casualties are ten civilians, including six children and one woman. More than 180 people have been injured by the attacks, the vast majority civilians. The areas targeted included Beit Hanoun, Jabalia refugee camp, Sheikh Radwan and al-Nasser neighbourhoods in Gaza City, Maghazi, Deir El Balah, Khan Younis, and the tunnel area in Rafah.’ 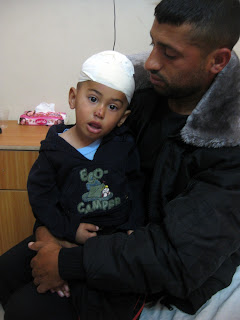 ALSO BBC reports attack on Hamas HQ.  Hamas was set up and managed by the Israelis from the beginning, to break the hold of the PLO.  The Zionists control both sides of this conflict, as they like to do in all wars.  That way no one can stop it.

TAP – The Egyptian leadership has been reseeded recently when Moubarak was replaced.  The Zionists are no doubt working on bringing Egypt into the war.
SENT TO ME BY A SOURCE: (writes Kerry Cassidy on Camelot)

..It has also been reported that Egyptian commando’s and tanks have moved into the Sinai Desert (unverified).
“14/11/12 The operation, called “Pillar of Defense”, has been launched by the Israel military. Many of the buildings in the downtown Gaza City are on fire after being attacked by Israeli warplanes.”
And so it goes…  Israel taking advantage of what?  An opportunity horizon…?
Meanwhile, we have a coup in the American government,… going against the Bush Cabal.  This involves high level generals and other military.  They may be fighting to turn this ship of state around… Do not fall for the lies about extramarital affairs and other nonsense.