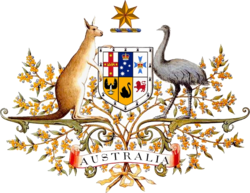 This is the emblem of a Corporation based in Washington DC

Corruption becomes the norm in Australia.  The government, that is.

This guy Scot starts digging as to why, and finds the term ‘Commonwealth of Australia’ is a registered corporation in Washington DC.  It has shareholders, annual report, prospectus and so on.

Scot finds there are also two governments in Australia, one being another corporation.

He then finds there are two Parliaments, one in the Constitution and another which is another corporation masquerading as the real Parliament.  Judges say that there are pretend laws.  There is a false government operating and taxing people.

He found he was being taxed by a corporation on the import of his car called ‘Customs’.  He demanded they prove they were actually the customs, and not a corporation called ‘Customs & Border Protection Service’.   Customs couldn’t prove they were a real government department.  So he sent them his own terms and conditions for the basis of his dealings with this corporate entity.  The relationship became based on contract law.

Impersonating a Commonwealth Officer is a crime punishable by two years in jail.  Today’s public servants are no such thing.  The ramifications is that there is way people can defend themselves against financial demands based on pretend laws.
Was luxury car tax a pretend law? he asked.
Just pay, he was told.

He gave Customs seven days to prove they were a de jure department of Australia.  They never responded.  He sent a reminder notice of all the terms of conditions that would apply in the absence of them proving they were a de jury government department. 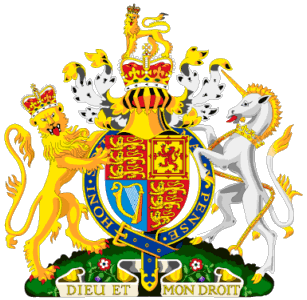 Customs still had Scott’s car.  Have they set up their own client service charter?

Expiry of time is usually held as sufficient resolution to a legal request.  He issued them with a notice of default based on expiry of time.  He then insisted he was dealing with them from hereon based on his terms and conditions.  He then invoiced them, for exceeding a period of reasonable release.  I said he would waive the invoice if they could demonstrate they had acted legitimately and were acting on behalf of a corporation in washington.   Customs remained silent.

They never replied and did not prove they were legitimate.  He sent reminders, and they finally replied, without answering the basic question, or any questions.  Who are you, is all he asked?  It was simply an issuance of instructions.  It’s all just ‘look at my badge‘.  Customs made it clear they had no intention of paying Scot’s invoices.

Is the judicial system owned by the same company without a de jure basis?  It is.

Scot issued a lien – an affidavit which states line by line the facts as they happened.  The other party has to reply to the allegations.  He received a reply almost instantly by the Director …….
There was no an actual threat but a potential threat – to reference this to the Federal Police.

But what if the Federal Police also act for the same corporation in Washington DC?

Customs wanted him to pay the TAX on his car import, then take them to court.  The taxes were not legitimately imposed by the Parliament of Australia.  No rebuttal to the lien by Customs hit expiry of ninety days.

Australian car owners are being made to decommission their air conditioners by a law which is not legitimate, and then demanding payements.  Scot didn’t pay anything by merely demanding the Customs prove who they are, which they couldn’t do.

Scot’s car is still held hostage.  Yet he hasn’t paid.  All people should do is ask ‘Who are you?‘ and not pay any government department until they prove who they are.  Scot’s website –

One Response to “Australians find they have a false government.”