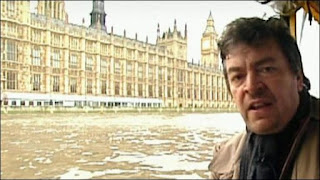 David Aaronovitch published his column in the Times on  Thurs Nov 8, 2012, entitled, ‘Beware of a modern Salem over child abuse’.

This was 24 hours before another intellectual giant, Prime Minister David Cameron went on national TV and cried ‘witch-hunt’ when ambushed by housewife pin-up Schofield.

Predictably, Aaronvitch has led the charge calling for the sacking of Philip Schofield on LBC Radio. Aaronovitch also stating on air that some of the allegations against Jimmy Savile “may not be true”, quite a shocking sympathetic stance regarding the nation’s worse-ever one child abuser. Pretty shocking.

21st Century Wire.  As Patrick Henningsen points out, Salem witches were imaginary.  Elite paedophiles are not.

Anonymous said…
Wouldn’t trust Anotherbitch further than I could throw him.

‘Another witch’ is the more correct pronunciation, I believe.

9 Responses to “Aaronovich. Were you paid?”