1) Ms Berelowitz is rent-seeking. This is all those in child protection actually do – build their power base, extend their funding and staffing and so on. That’s why there’s a problem – they don’t actually do anything to help children. Therefore outlandish claims should not be taken remotely seriously ; it’s just begging for more money.

2) The 10,000 figure is meaningless. Children in Care homes can leave any time they like to do anything they want. Staff would be prosecuted if they stopped them by locking them in or restraining them, even if (say) they were 12 and they knew they were going out to earn money via prostitution. There is nothing the staff can do other than report them to the Police as missing.

However, virtually all of them come back to the home in a fairly short time (i.e. within a few hours) – for food, bed etc. if nothing else.

This is the reason for the discrepancy between the Police figures (the number of call outs they get) and the Government’s (disappearing for days, weeks, whatever)

Actually I think the 10,000 figure (20 missing a year per home) is low, probably due to delayed reporting. It’s probably 10 times that, but it’s mostly the same children going missing repeatedly.

If you want more on this, read Gadget’s blog (cops) and Winston Smith’s (residential care) both of whom comment on the problem from their directions.

It is awful that the children can do this IMO, but currently it’s the law.

The anonymous comment dismissing Berelowitz’s comment strikes me as distinctly odd. Whoever this person is seems to me to be very deliberately seeking to discredit the recent allegations of paedophile rings exploiting care home children.

I’m not saying Ms Berelowitz’s comments are necessarily all or even mostly correct – I don’t know because I haven’t researched the figures. I do know that establishment paedophile rings are NOT a myth and that the media and the rest of establishment are very determinedly trying to discredit those speaking out about this scandal. For me the strange thing about the above comment is that the poster does not once qualify his or her remarks by acknowledging that even if Ms Berelowitz is exaggerating, there is still nonetheless a huge problem of paedophiles exploiting children in care homes. The other very odd thing about the comment is that the person concerned deftly slips in a plug at the end for children in care homes to be even more tightly controlled. It seems clear to me that this particular person has a very large axe to gring on this issue. 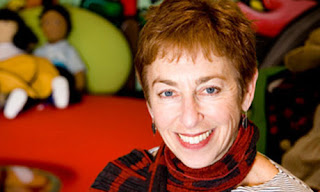 Sue Berelowitz – Deputy Children’s Commissioner is the only one who tells it like it is.  Roll over Rantzen.   David Cameron thinks exposing paedophiles is homophobic.  Why?  Exposing them would stop the agony of the kids, and the destruction of lives.  Does he support all this?  Seems so.   And Michael Gove wants yet more sent into ‘care’…….. Is UKIP speaking out for the kids in ‘care’?  Not that I can hear.  No one is.

We just get Alistair McAlpine lining his pockets with his lawyers threatening anyone who noticed who was recently accused (not broadcast) although accused in error for a relative, of being a perpetrator on BBC Newsnight.  He was accused years ago by David Icke but took no action, and by Scallywag but took no action.  Why the change in tactics now?  Is it because after the Jimmy Savile revelations, the public are now more likely to believe what they hear?  It’s time the public woke up.  That’s for sure.   Any money paid should go to help the victims of paedophiles.  Lord McAlpine should give the money to Steve Messham for the suffering he has endured, if there is any interest in achieving justice, especially if it was a relative of his that was the perpetrator.

Children in care homes are being subjected to sexual abuse of a “violent and sadistic nature”, England’s Deputy Children’s Commissioner Sue Berelowitz has warned.
She made the comments as the Government announced new reforms that aim to better protect youngsters who reside in the country’s 455 children’s homes.
The action comes following a report published by Ms Berelowitz, which was ordered after the jailing of a sex abuse ring in May which preyed on vulnerable girls in Rochdale.
Only one of the girls was in care at the time of the abuse but all were said to have been known to social services at some point in their childhood.
The ongoing inquiry has highlighted evidence that children in care are particularly vulnerable to child sex exploitation, with some residential homes being specifically targeted by abusers.
Ms Berelowitz said her research found perpetrators come from all ethnic groups, as do their victims, who are as young as 11 and are largely but not exclusively girls.
Speaking alongside Children’s Minister Tim Loughton as he announced the new measures, she said she had been shocked by what she had found out.
She said of the abuse: “It is of a violent and sadistic nature.
“I’ve been in the children’s services field for a very long time, and I have never come across the scale of violence and sadism that I’m encountering now. The stories that children and young people tell us are truly horrific.
“I think it’s quite right and proper that the Government is paying special attention to this group of children as the state is their parent and therefore we have a special duty of care to children who are under care orders of one kind or another.”
Mr Loughton said three steps of immediate action were to be taken.
Although police figures show that an estimated 10,000 children go missing from care every year, the Government’s official data recorded only 930 children disappearing.

TAP –   Many of these child-torturing perverts are also serial killers.

12 Responses to “10,000 children a year missing from ‘care homes’. McAlpine should raise money to help these children.”