(TAP – is this a spoof?  It comes from The Guardian)

To: Prince William Sir, all going well, I trust. Just a quick reminder that just before the balcony appearance, there will be a brief ceremony to induct your wife into the Novus ordo seclorum. It’s a simple business, as I understand it – all she need do is put on the black robes and swear an oath of allegiance to the Secret World Government in front of Her Majesty, the Prince of Wales and representatives from the Freemasons, the Illuminati, the Bilderberg Group, the Rothschild family, the UN and the World Health Organisation. I’m assured the whole thing will last no longer than 20 minutes, animal sacrifice included. It takes place in sub-basement C and tell your stepmother that yes, smoking is permitted. Your servant, J-Lop

Harry clearly hasn’t done so.  This from Toad Hall.

I met with someone this weekend who works for a major tabloid. He suggests that the current agreement between the palace and the media is that Harry is the fall guy. Will’s is not allowed to be portrayed in a negative light, they make out that he is a bit of an angel, pretty much been with Katey for years before they married. Yet, he was as much of a hell raiser as Harry was. And was by no means a virgin or an angel before he settled down. Yet the tabloids never reported anything of the sort. Harry on the other hand is often portrayed as the black sheep of the family. This is apparently actively encouraged by the palace as a trade off to leave Will’s alone. No evidence to support, other than I know he is a journalist with a major red top. 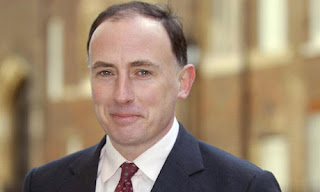 TAP – They all smile so much, while they plan depopulation and suppression of the rest of the globe.  Power obviously tastes sweet, especially when you first get your hands on it.  Maybe later it turns a little rancid.  Harry is less willing to bow down to Rothschild power, being by blood, less of a Rothschild.  Diana was the daughter of James Goldsmith, a French Rothschild.  Both he and she rebelled against the clan, and were taken out – cancer and car crash.  You can be sure Harry’s taken the warning.   The Rothschilds got control of the British Royal Family a long time ago.  Nathan Mayer Rothschild was Queen Victoria’s father.  The current Queen and the Duke of Edinburgh are both great grandchildren of Queen Victoria.  The money flows in from the bankers as long as the Royals cooperate with their requirements. 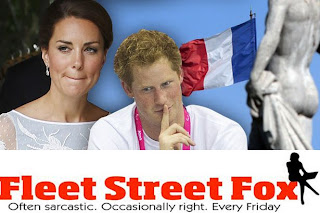 What exactly holds this system of power together.  Rothschild money was the start, but how are so many thousands of people of people all over the world kept inside the system, and the world’s media prevented from talking?  Here is a possible answer sent in by Gordon.
http://www.davidicke.com/articles/child-abuse-mainmenu-74/31148-paedophilia-and-satanism-the-fabric-of-the-web
He also sent in these for WASP.
Hi Tap,

May I ask that you forward the following links to WASP furthering his research.


EXTRACT –  Sir Anthont Blunt worked for the British security service MI5 and was close to Lord Victor Rothschild. (Blunt was the illegitimate son of George the Sixth,  the current Queen’s father, and therefore a relative of Rothschild)

“This, according to our informant, came straight from the lips of an angry detective involved in the earlier police investigation.”

TAP – who have you sworn allegiance to, Kate?  If you realise what you’ve done, it really ought to rub that smile off your face.
GORDON‘s other links.
http://aangirfan.blogspot.co.uk/2012/10/jimmy-savile-and-powerful-child-abuse.html

What I can’t understand is how Saville managed to have a meeting with
Egyptian and Israeli premiers and in effect scolds them and offers
advice on later occations. Duh! See link below.
Q. Is Saville a Jew? He certainly acts like one!
http://aangirfan.blogspot.co.uk/2012/10/jimmy-savile-fixed-it-for-israel.html
Jimmy Savile had both a Royal and Papal knighthood (Order of St.
Gregory the Great)
He was a Knights Hospitaller (also known as the Sovereign Military
Hospitaller Order of St. John of Jerusalem of Rhodes and of Malta,
Order of St. John, Knights of Malta, and Chevaliers of Malta)

But what it does show is that the Royals are very aware of the growing knowledge of their connection with the Rothschilds. This is the only direct communication I know of of the palace actively trying to dispel and otherwise mock the connection.

Which to my mind means they think its a threat, otherwise, why would they bother and not just ignore it all as usual.

The Royals have done a very good job of re-inventing themselves over the past year or so.

The pro-monarchy sentiment is at an all time high after the Jubilee, weddings and the olympics. They’ve changed tack and tried to show they’ve modernised, paid attention to current culture.

They have all kinds of advisors and I would expect they have had a media strategy here of which this was just a part of.

To be fair, they have done a very good job based on their results.

TAP  –   Yes, Toad Hall, it was an attempt to laugh off the suggestion that the Royal family is anything other than a bunch of buffoons with a load of money. Trouble is big money doesn’t hang around idiots for centuries, and has to come from somewhere. The game is to act out a role of ‘wot. not us lot. we’re just the same old charming eccentrics you always knew. take your conspiracy theories elsewhere.’

Only thing is, the Rothschilds are the Royal family. Kate got married to the Rothschilds during the wedding ceremony. There was no need to do it twice.  The fact that they are spoofing shows they are a little concerned, methinks.  The truth is  getting a little too close for comfort.

Another possibility is that this is a genuine leak, and was published by someone not sure if it was true or not, but thought it was funny or interesting.