Hi Tap, Here is something a bit different,  which is well worth reading. A change, from that Paedo. Stuff, though as I stated, I will send you more data in the week, on that Stuff, & Savile.  I have always been a Great Believer in “The Grape & The Grain”, so from Personal Experience, I give you this information as a means of Keeping Healthy through out The Winter, as apart from vitamins I don’t go much for Pharmaceuticals, as they say:-
” An Once Of Prevention Is Worth A Pound Of Cure” Quote Benjamin Franklin
Thank G_L for the Links I will Look at at them shortly, I find this Paedo. Stuff is Part of The Fabric of The British Aristocracy. I used to be Proud of the fact I was British, which was the way I was brought up – But Now I am Not So Sure. I, therefore, have to consider all those who Participate in this STUFF, are not BRITISH, in the Truest Sense of The Word, REGARDLESS OF WHO THEY ARE.
To Continue:-
One of the best Winter Tonics you can have:-  A couple of TOTS of ADVOCAAT, as it comes from the Bottle, don’t mess about adding lemonade, that’s a total waste, & will do you no good. As you may know, ADVOCAAT contains Brandy or Cognac, its not just a Drink for Maiden Aunts
The odd COGNAC also goes down well with a cup of Coffee
BREAKFAST  –
The Most Important MeaL of The Day
Don’t waste money on Commercial Rip off Cereals. We get them because thats what my Family want , but I prefer, Cheap Basic Bran, to which you can add,any of the following:- Dried Mixed Fruit, such as Dates, Apricots, Figs, Tropical Mix, Island Mix, Raisin, Cranberry & Sultana, Mix, & Many More. I keep a stock of all of them, which allows interesting variations.
I would recommend Lidls, for these, & whilst your there, Top Up on Your Supply of Vitamins, get your self some Proper Beer, they do good offers,on SHEPHERDS NEAME, & other Top Ales, for a Quid a Bottle.
GUESS THE NUMBER
OF SUBSTANCES IN BEER!
There are a total of more than 2000 substances in the beer, that derive from the malt, hops, yeast and water. It is also a well known fact that their effect as a whole is more than the sum of the effects of the individual substances. Now, what are the most important ones of these substances?
Moderate Beer Consumption is Good for you,

HOPS – Beer is the only beverage containing hops. Hops are mild sedatives, and contain bitters that stimulate appetite. At the end of the growing process. 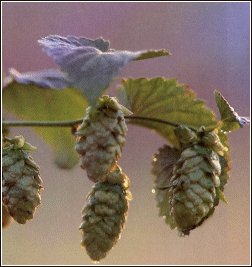 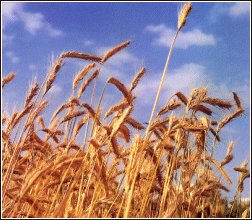 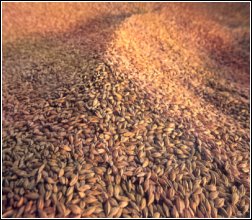 The medical profession has recognized the healthful and nutritive properties of wine for thousands of years. Recent archeological evidence shows wine was in use as a pharmaceutical as early as 3,150 B.C.1 Hippocrates recommended specific wines to purge fever, disinfect and dress wounds, as diuretics, or for nutritional supplements, around 450 B.C. A French doctor wrote the earliest known printed book about wine in 1410 A.D.
POLITICAL SUPPRESSION
Although wine may be the oldest remedy and prophylactic still in use, there was an entire generation of medical professionals, especially in America, that obtained their medical education during the historical period known as Prohibition. Medical texts for nearly twenty-five years were purged and censored of any mention of alcohol, including wine, for any application other than external. This medical generation became educators to the following one, perpetuating medical ignorance of the potential health benefits of wine.
ANTI-CANCER & CORONARY BENEFITS
Moderate consumption of red wine on a regular basis may be a preventative against coronary disease and some forms of cancer. The chemical components thought to be responsible are catechins, also known as flavonoids and related to tannins . Catechins are believed to function as anti-oxidants, preventing molecules known as “free-radicals” from doing cellular damage. One particular form of flavonoid, called oligomeric procyanidin, recently proved to prevent hardening of the arteries.
FOUNTAIN of YOUTH?
A Harvard study of factors that influence aging, as reported in the May 8, 2003, issue of the journalNature, has shown that resveratrol extends the life span of yeast cells by 80%. Preliminary results of tests on multi cellular animals are said to be encouraging; study coauthor David Sinclair told Reuters News Agency that “Not many people know about it yet, but those who do have almost invariably changed their drinking habits, that is, they drink more red wine.”
Wine might even preserve cognitive function in the elderly. Several European studies have shown the prophylactic effects of regular light to moderate alcohol consumption may include the prevention or postponement of Alzheimer’s, Parkinson’s and other forms of dementia. Could wine be the original brain food?
You are far better off drinking Beer & Wine than consuming that Diet Rubbish, LACED WITH ASPARTAME, & other CARCINOGENS, & NEUROTOXINS etc.
IT’S TIME THE GOVERNMENT WARNED PEOPLE ABOUT WHAT THEIR CONSUMPTION CAN DO TO YOU, DONT YOU THINK.
I have given a considerable number of Links on ASPARTAME, which should be easily Searchable on Tap’s Blog.

A spoonful of wine helped the medicine go down

These biomolecular guys don’t just study physical artifacts. They can, for instance, analyze residues contained in jars — specifically wine jugs, even though the contents have long since evaporated. And that brings us to the meat of the article.
Dr. McGovern’s team applied their cutting-edge techniques to investigate the medicinal properties in the earliest-known Chinese and Egyptian alcholic beverage residues. The world’s first physicians mixed organic materials with healing properties into wine. The ancient Egyptians, famous for medical knowledge and the use of organic products as treatments, turned wine into medicine by adding herbs known to treat disease and improve health. A wine jar from the tomb of one of the first pharaohs, Scorpion I, was found to be steeped with herbs including balm, coriander, mint and sage, as well as pine tree resin.
The goal of Dr. McGovern’s research was to look for anti-cancer and other medicinal benefits and determine if any of the “lost” ancient natural wine remedies might be useful today. Last year, the “Archeological Oncology” team confirmed that several compounds showed promising and positive test tube activity against lung and colon cancers. The next stage, testing of these compounds against lung cancer in an animal model, is being planned.
REGARDS  ………..  WASP
COMMENT –

Hi Tap,
I was reading this article recently by wasp, who i might add is excellent,. However, on this occasion i found myself having to disagree with him on a certain point, namely the article on beer consumption. Although, certain beers are very good for you the general consumption of hops is not so good for men in particular:  In a fairly recent book called by herbalist Stephen Harrod Buhner entitled sacred and herbal healing beers (http://www.amazon.co.uk/Sacred-Herbal-Healing-Beers-Fermentation/dp/0937381667/ref=sr_1_11?ie=UTF8&qid=1349803378&sr=8-11)
and fermentation he documents clearly. Th effects of hops on the human body, particularly the male body. Hops is an estrogen mimica, in other words it suppresses the production of testosterone in the body, he traces this back to the beer purity laws of 1516. The book is full of fascinating material about how fermented drinks were originally very healing and powerful when other ingredients were added, it was very rare for beer to be fermented with hops before this act as we knew that hops (exactly as wasp points out) puts you too sleep , reduces sexual function (lowers libido) but can contribute more importantly to the andropoause (the male equivalent of the menopause) when testosterone levels drop considerable. When you connect this to the fact that plastics in most of our packing have ingredients in them that are also estrogen mimica’s and responsible for big drops in male testosterone levels things start to make sense.
I would advocate beginning to brew your own beer using the old receipts with traditional healing herbs such as burdock, nettle and yarrow. Then beer just as mead was, becomes a truly potent healing compound. There is loads more in this book that is of extreme interest to those want to start taking control of their health rather than leaving it in the hands of Big Pharma. For example how fermentation furnishes the body with essential nutrients as the action of yeasts on essential compounds triples there nutritional value.
Just though i would send this in as i’m sure wasp would be fascinated to read it, i know i was.
Reagrds, john
The Tap Blog is a collective of like-minded researchers and writers who’ve joined forces to distribute information and voice opinions avoided by the world’s media.

6 Responses to “WASP recommends a tipple for vitamin supplementation…”