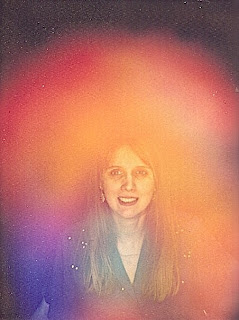 I have made constant reference in Past Posts to WAVE PARTICLE DUALITY, VIBRATIONARY, & ELECTROMAGNETIC INFLUENCES, & have said that “The Body Is Best Considered as a MOBILE MAGNETIC FIELD.”

All Colours  have Different Vibrational Frequencies. The Interaction of Sound with the Body is not what you think it is, &
is why 444Hz is Prevalent in Military Music. Sound’s in The Range of 5 – 7 Hz are Particularly Disturbing to the Body.
The Body is Surrounded by The AURA – KIRLIAN PHOTOGRAPHY (Electro Photography) has been used to Demonstrate It’s Presence. This is Why Aspects of The Occult  ( The Word ‘ OCCULT ‘   meaning Secret or Hidden, is much miss used)  are so Important. & are best Explained in Terms Of Quantum Mechanics,
All the cells in your body are vibrating, when you get an illness the Harmonics are upset, & Alter the Characteristic Frequencies, so the Colour of Your Aura Will Change, This has been Demonstrated ,via Kirlian Photography, & Characteristic Frequencies have been used to Cure Diseases.

Much of The Later Work That was Carried Out on This Phenomena was meant to disprove it for Commercial Reasons, so they altered many of The Conditions under which Experiments were conducted, & The PHARMACEUTICAL CARTELS WERE WELL PLEASED.

Once you Approach it From This Direction You Will Be Able To Have A Better Understanding, of what is going on. A Book I would suggest you should read that I have previously referred to, was written many years ago by W.E Butler, MAGIK: IT’S RITUAL POWER & PURPOSE.  I therefore don’t find what ICKE says as anything other than Information that has been around for a long time, but not many People Know About, or have chosen to find out. There are Volumes That have Been written on this Stuff. Many of you who Think I “Talk a Load of Old Rubbish” need to do a lot more Research Before You Can make That Statement! & I Repeat ” ALL ORGANISED RELIGIONS ARE CONROL SYSTEMS ” meant to keep The Plebs Under Control, & they Work Even To This Day. JUST LOOK BEHIND THE VENEER.
BACK TO MAIN TOPIC THEN
This Paedo Stuff is like the Proverbial Snowball Rolling Down a Snow Covered Mountain Side, & could Initiate an Avalanche.
A weak Xrystalline Packing Stucture of The Ice Xryst. composing The Snow will give a SUPER AVALANCHE.
The Fabric that holds the Elites Control on Power together PAEDOPHILIA.  It is only as Strong as it’s Weakest Link.   The Control Mechanism will Operate in The Same Manner.
I have always been very interested in The CHAOS THEORY, The Classic Case Generally Stated, is that of  A Butterfly Flapping Its Wings, etc., well they are Great Believers in BUTTERFLIES “MONARCH” to be Precise, & it looks as if that BUTTERFLY is doing more than Just Flapping it’s Wings, Don’t You Think?
THEY HAVE GAINED IMMENSE POWER WITH MK – ULTRA.
MONARCH  COULD ALSO LEAD TO THEIR DOWNFALL.
Regards…………..WASP

Who does agent Cameron work for?
The Tap Blog is a collective of like-minded researchers and writers who’ve joined forces to distribute information and voice opinions avoided by the world’s media.

2 Responses to “The fabric behind the elite’s control of power is paedophilia.”