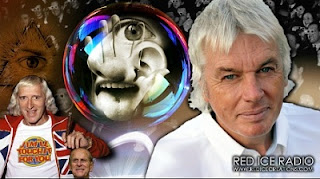 He’s very good, much funnier than I expected, using the vernacular to deliver his punch lines, while dealing with about the most serious subjects imaginable.   I feel I understand him much better, and I’m glad I went.  The audience seemed mostly around 30-45, about 60% male, and maybe around 6,000 in total.

I bought his latest book, ‘Remember who you are’ for GBP 20.00.  I read the first chapter on the train home.  It explains the spiritual encounters he had twenty years ago that set him on the course of becoming an exponent of who we are.  After making it to Wembley, I feel happier about our predicament as resisters to the elite program of fascist totalitarian power, and feel I can borrow from his simple straightforward way of seeing the world.

He gives a graphic and clear description as to how we are wired up,  of how the elites manipulate us to be less than we really are, using fear and other negative emotions to block our creativity,  messing up our social environment, focusing our minds onto our survivor gut instincts, away from the heart’s infinite capacity and higher consciousness.  He wants our humanity back and gets angry with all the forces deployed against us.   It makes for an uplifting experience to hear him for all the nine and more hours he talked.  He suggests lots of ways to move forward and start ignoring the control grid. 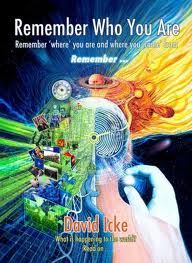 Julia found me in the Wembley Arena.  We hadn’t met before, and were able to discuss the talks in the breaks.  She has a sunny disposition, and also likes Icke’s way of seeing and explaining the world, or at least our part in it.

Coming back it seemed very cold for late October.  They’re still chemtrailing the sunlight so we don’t get any warmth.  As Icke says, the operatives, the pilots and so on, all have kids.  Don’t they realise they’re damaging their own families?  Are they driven by greed and ‘me, me, me’ to the extent they don’t care about their own family’s health and futures.  We must all stop complying and obeying, and as he says, realise who we are.

Icke’s explanation of the off-world forces which drive their elite Reptilian on-earth representatives was fascinating and plausible  (See Me below).  The key to resisting is nothing to do with where their agenda comes from, but realising that they are incredibly few in number, and we are many.   Simply not complying is all we need to do, in big enough numbers, and their structures of power disintegrate.

For a lot more detail read the book ‘Remember who you are’.   Few of his ideas are completely original.   What he is doing is pulling the work of many different people into an overview, and trying to construct an explanation of events which brings them all together.  It took him twenty years to get to this stage.  It will take me a while to absorb it all, and be in a position to be sure what I think about it.  The other books he quotes from are often technical or so detailed that the key factors don’t leap off the page.  That can never be said about David Icke!

This is ‘Me’. I watched this online in its entirety as I couldn’t afford to attend. Excellent and sensible presentation. Music at end was a nice touch.

I’ve watched the Chris White movie, and came to the conclusion it was not actually a “debunking” as it says, it’s more of a serious critique.

(BTW I hold the view that the religions are corrupted institutions, that it’s the message that matters).

During this lecture Icke referred to God numerous times  (TAP – did he?) and ended with the words:

“Infinite love is the only truth. Everything else is an illusion.”

Who is Chris White’s Christian God, if not an all loving God?

TAP – Jesus doesn’t criticise war or slavery in the New Testament.  The original Jesus must have been against both to be worth executing, but when Constantine absorbed Christianity into the Roman Empire, first he had it watered down so that Empire-building and enslaving peoples was still an acceptable pastime.   Read F.J.Irsigler in recommended books.

I did notice a couple of things though.

First, he denied Jesus at one point. Just a throw-away remark as he didn’t go into the history of any religions. I don’t think that it is tenable position as Jesus existed.

If Jesus existed, and Jesus is truth, then Icke is denying truth.

TAP – He was not denying, just dismissing as not relevant.  Religions are part of the control grid (in his view), and not helpful.  As he says, you are entitled to your view, but so is he allowed his.

Perhaps in denying Jesus Icke is trying to distance himself with being identified as a Christian. He is criticising all religious institutions and if he was thought to be a Christian he wouldn’t appear neutral. Still, it’s not something he shouldn’t do. Truth is truth, and truth should be said.

Second, when discussion the planned population cull abortion policies were conspicuous by absence. On Icke’s philosophy he must surely personally very strongly be against abortion, and understands these policies have killed millions of innocent babies and are a core part of the depopulation agenda.

I think he is wrong to stay clear of abortion, but that he may be doing it for tactical reasons.

Now Tap, how much do you remember about his research on Saturn and Satanism? I thought that was amazing.

Basically, our human experience of reality is limited because it is hijacked by a virtual reality broadcast which keeps us in a narrow frequency range of perception.

Icke says this broadcast is beamed from Saturn.

* The crystalline rings of Saturn which have appearance of soundwaves.
* The latest Cassini probe sound recording which shows Saturn emitting a constant, eerie noise.
* A picture of the North pole of Saturn that shows an ever present hexagonal storm.

Icke says this ‘storm’ is a cymatic effect of the (visible phenomena caused by sound vibration – think cup of water in Jurassic Park).

The sound from Saturn, says Icke, is amplified by the inhabited Moon satellite, and vibrational ‘cymatic’ effects on Earth materialise in geometry of Satanic symbology, used by the negative entities who control our elites.

This Saturn/Satanic symbology involves a ring or crescent shape, which is often a pair of wings, around an object, often a sphere.

TAP – the detail was bloody superb.  I only had time to draw out his key message.  We travelled home today and got back late.  Now I’ve got a bit more to work on this, and you’re right, the Saturn = Satan thing is very interesting and worth reading/watching.

For the sceptics here are some lizard eyes.  The irises are slits running top to bottom.  The reptilian strain of humanity possesses no empathy, so war and torture of people are no problem at all for them.  These videos could be a wind-up though. I’m still not convinced.