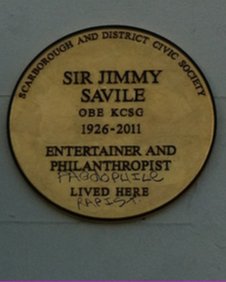 People are still missing the big story.  He was a paedophile procurer.
He delivered kids to Prime Minister Edward Heath.
Prince Charles admitted being entertained by his ‘ladies’.
The media are only scratching the surface.
Sure Savile was a rapist and a paedophile, and maybe worse.
But it’s who he procured kids for that would really shock the nation.
The Tap Blog is a collective of like-minded researchers and writers who’ve joined forces to distribute information and voice opinions avoided by the world’s media.

9 Responses to “Savile. People are still missing the big story.”