I can see people searching to find out who Claudine Christian was, the lady who died on the Bounty, and descendant of Fletcher Christian.  This piece explains her presence on the ship.  I wonder why they weren’t in shore when the hurricane struck.  It’s been forecast for days.  Does anyone know the answer?

YAHOO –  HMS Bounty was built for the 1962 movie Mutiny On The Bounty with Marlon Brando and also appeared in Pirates Of The Caribbean: Dead Man’s Chest.

The original Bounty was known for the mutiny that took place in Tahiti in 1789.
People could apply to work on the ship, which was built in 1960 and restored in 2001.
The HMS Bounty Organisation said on its website that it was “dedicated to keeping the ship sailing and using her as a vehicle for teaching the nearly lost arts of square rigged sailing and seamanship.”

Claudene Christian, 42, who died when the tall ship Bounty went down Monday, was in Nova Scotia in August for the tall ships festival. She’s seen in this file photo talking with Gerald Zwicker, who was one of the workers who built the historic replica in 1959-60 for the motion picture Mutiny on the Bounty. (PETER PARSONS / Staff)

Claudene Christian, who died in hospital Monday night after the tall ship Bounty went down earlier in the day, was in Nova Scotia in August for the tall ships festival.
The great-great-great-great-great granddaughter of Fletcher Christian, the master’s mate who took command of the original Bounty from William Bligh in the mutiny of 1789, said in an interview while here that she had wanted to get taken on as a crew member on the replica Bounty for a long time.
“Completely. It’s incredible,” said Christian, 42. “I have a marketing background, so I wasn’t sure if they’d take me because I didn’t have a sailing background, although I’ve been totally interested in it all my life.
“I just decided I was going to apply for who I am, and they took me, and what I want to do is increase attendance and get the numbers up. I think there’s so much opportunity here for Bounty because no one’s really doing anything like that. They’re not marketing yet to schoolchildren as much as I’d like to do.”

She talked about her deep pride in the ship and relished her family’s connection to the story of Bounty.
“I was at the helm the first week and said, ‘Captain, are you sure you’re comfortable having a Christian at the helm? I wasn’t sure if he got my joke.”
The Christians and Blighs have a reunion in England, “and that’s something I would love to attend,” Christian said.
“We’re all good. We love the Bounty on both sides.”
Her love for Bounty and its history were front and centre when she met a couple of the original boat builders while the ship was tied up in Halifax. That led her to organize a private tour day in Lunenburg for builders and sailors who worked on the replica ship in the early 1960s.
Christian was emotional when meeting with those people, and said seeing them touring the ship half a century later, and hearing their stories, was important to her and the Bounty crew.
“Looking at them look around, you can see that they’re feeling stuff,” she said while fighting tears.
“We’re going to get so much information from them and know so much more from this. This is our home. This is a huge opportunity for them and for us, for Bounty, for our crew. It’s huge because we go around the country doing tours, and to fill in some of these gaps, it’s just invaluable. It’s priceless.”
Christian listened with rapt attention as the former builders and sailors shared their stories about the ship.
“It’s so good for me to see them, and I just really hope the rest of our crew understand it, because it’s so important to me. And maybe it is because I’m so, so attached to the Bounty because I’m Claudene Christian. But this is really important.
“The cool thing about this ship, besides the fact that it was made about a historic, landmark monumental event in time that changed maritime laws (about how) captains are better to their crew, (is) this ship has its own history now, and has been in so many movies and travelled the world.”
(ifairclough@herald.ca) 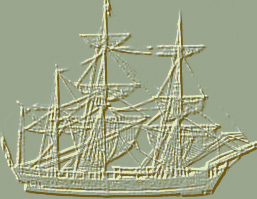