Blair, the megalomaniac, drools the opportunity. No perverts need apply!

TAP.  How and why does he keep coming back to try again?  Is it because he is indeed Jacob Rothschild’s illegitimate son as Stedra Rulz once suggested?  Who else could bring this war criminal, user of male prostitutes (and probably worse),  supporter of the Palestinian genocide, and serial liar back into political contention, except a father who owns most of the wealth in the world, and who approves of such behaviour?  There can be few people in Britain who want to see his face every again. 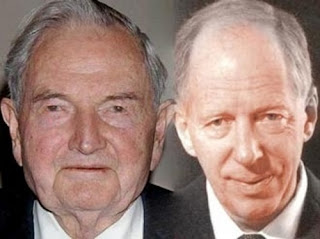 Blair says Europe needs an elected President to stop it breaking up (Got anyone in mind, Tony?)

Tony Blair proposed an elected president for Europe yesterday.
The former prime minister, who would be a leading candidate for such a post, said a president was needed as part of a ‘grand bargain’ to save the eurozone from its debt nightmare.
His intervention came as Mario Draghi, head of the European Central Bank, insisted Brussels must have a direct say in national budgets. Job application: Tony Blair said a directly-elected President of Europe would help prevent the break-up of the EU
‘In order to restore confidence in the euro area, countries need to transfer part of their sovereignty to the European level,’ Mr Draghi told the German magazine Der Spiegel.
‘A lot of governments have yet to realise that they lost their national sovereignty a long time ago. Because, in the past, they have allowed their debt to pile up, they now need the goodwill of the financial markets. That sounds like a paradox, but it is nonetheless true.
‘Only when the euro area countries are willing to share sovereignty at the European level will they gain sovereignty.’

Mr Blair, who has made clear his desire for another major job in politics, said in a major speech at the Council for the Future of Europe in Berlin that voters across the continent should elect ‘a big post held by one person’ to reinvigorate enthusiasm for the European project.
He said: ‘If eurozone structures end up with a Europe that is fundamentally divided politically as well as economically; rather than a Europe with one political settlement that accommodates different levels of integration within it, the EU as we know it will be on a path to break up.’
But he added: ‘Out of this European crisis can come the opportunity finally to achieve a model of European integration that is sustainable. A Europe-wide election for the presidency … is the most direct way to involve the public.
‘An election for a big post held by one person – this people can understand. The problem with the European Parliament is that though clearly democratically elected, my experience is people don’t feel close to their MEPs.’
He claimed too few people knew who their MEPs are, and a powerful figurehead straddling the continent would stop people feeling ‘alienated’ from Brussels. UKIP leader Nigel Farage said Mr Blair is a ‘man who would sell his country for the bauble of EU office’
Critics said the comments, in a speech in Berlin, were a blatant pitch for the job but hoped his ambitions would be thwarted.
Mr Blair warned that the European Union would break-up if it was unable to resolve the crisis over the eurozone.
But if greater integration in the single currency bloc created a two or three-speed Europe, it could spell the end of the EU as it currently stands.
In his address to the Nicolas Berggruen Institute on Governance,  he said a directly-elected EU president could bridge the growing ‘democratic deficit’ between the people of Europe and politicians in Brussels.
Designing a new union will be ‘very difficult’, he said.
‘The danger is that the more we talk of “bringing Europe closer to the people”, the more “the people” feel alienated from it.
‘A Europe wide election for the Presidency of the Commission or Council is the most direct way to involve the public.
‘An election for a big post held by one person – this people can understand.
‘The problem with the European Parliament is that though clearly democratically elected, my experience is people don’t feel close to their MEP’s.
‘This could change but only if the European Parliament and National parliaments interact far more closely.’
He also issued a ‘stark warning’ that if eurozone structures ‘end up with a Europe that is fundamentally divided politically as well as economically; rather than a Europe with one political settlement that accommodates different levels of integration within it, the EU as we know it will be on a path to break up’.
But opponents of Mr Blair were scathing about his hopes of leading a federal Europe.
Nigel Farage, leader of the UK Independence Party, said: ‘This is the man who would sell his country for the bauble of EU office. This a man who cannot be trusted with our or any other country’s future.
‘He hopes that the EU can in some way have one speed while travelling at two. It just isn’t possible. His hopes will be dashed, as I hope will his ambitions.’

Much has been written about Rupert Murdoch’s massive worldwide telephone and mail hacking of celebrities, sportsmen politicians and military servicemen who were all put under secret surveillance, but activity of this kind on such a large scale cannot be kept in-house, and a London private detective while collecting information for a society divorce, claimed both Tony Blair’s and Gordon Browns marriages are shams, also the investigator stumbled on unhealthy links between Tony Blair and Rupert Murdoch.
Tony Blair repeatedly refused to condemn Murdoch’s phone and mail hacking and actually put on pressure to silence Tom Watson the New Labour M.P who helped expose the criminal goings on, and Blair and Murdoch are so close that Tony Blair is actually godfather to Murdoch’s daughter Grace.
New Labour was from start to finish a Rothschild Zionist front organisation, and they fund Murdoch’s empire with USA taxpayer’s money.
Murphy-Fawkes the N.S.A whistleblower claimed the USA tapped Tony and Cheries phones from day one, as they saw him as a ” Pinocchio” figure lightweight unreliable and unstable, because the NSA partly funds the British GCHQ they have access to everything they have from telephones and emails worldwide, and we now know from GCHQ traffic that Tony was brought to power for just one reason, the Iraq war and that Tony sanctioned the murder of Dr.David Kelly as Kelly refused to lie about WMDs in Iraq.
The private investigator while working with telephone intercepts also has print outs which claims Tony Blair’s prior knowledge of Princess Diana’s death, he has been to the police who just fob him off and say investigations are already in hand, strangely some days later his home was burgled and relevant papers disappeared, as did blogger Colin Carswell who covered it, Colin claims that Rebekah Brookes Nicole Kidman and Carol Caplin are all Jews connected to Blair and Murdoch and all working for Israel.
When Tessa Jowell was culture secretary she was tasked with investigating and regulating Murdoch’s News International, she had her phone tapped her mail read and a bug and camera installed in her home, and Murdoch apparatchik Rebekah Brookes said to both Tom Watson and Tessa Jowell unless the investigation into the Murdoch activities stopped, they would be hounded for the rest of their lives scandals both true and untrue would appear about them and their families in the Murdoch press.
Murdoch had people tap the phones of families of murder victims such as Millie Dowler, and a slush fund was set up to buy off any more court cases and bad publicity.
The unanswered questions about why tap phones and mail of army servicemen and 9/11 and 7/7 bombing victims, appears to be too check everyone is still onside and not looking under the veil, any serviceman or journalists who get too close and who speak out on criminal activity has accidents, the Pat Tillman case is one in particular.
I live in a Jewish area of London and more and more Jewish people are breaking ranks and speaking out and asking when will British people see the human vermin who govern them? When will they stop supporting their own financial ruin and racist foreign wars ?
T Stokes London
The Tap Blog is a collective of like-minded researchers and writers who’ve joined forces to distribute information and voice opinions avoided by the world’s media.

One Response to “Pervert pitches for presidency”