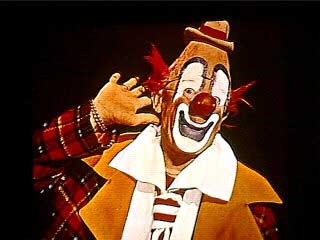 Former BBC DJ said he was aware of claims in the eighties
‘The expression I came to associate with Savile’s sexual partners was “under-age subnormals”, says colleague of the Jim’ll Fix It presenter
In 1990 interview Savile dismissed claims he was a necrophiliac after saying he took pleasure in taking dead people to a hospital mortuary
http://www.dailymail.co.uk/news/arti…ambaccini.html
By Larisa Brown
PUBLISHED: 16:25, 23 October 2012 | UPDATED: 16:52, 23 October 2012
A former BBC colleague of Jimmy Savile claims the predatory paedophile was a necrophiliac.
It is one of the most extraordinary allegations to have come out in the wake of the scandal.
The claim was made on Radio 5 Live today by Paul Gambaccini, who started working as a DJ on Radio 1 in 1973.
Paul Gambaccini made the claims
Jimmy Savile said he was not attracted to dead people
Paul Gambaccini, left, made the astonishing claims about Savile, right, on Radio 5 Live today
Mr Gambaccini, 63, said he was aware of the necrophilia claims in the eighties.
He questioned why newspapers had not acted when he said a reporter had boasted that his colleagues were aware of a story linking Savile to ‘necrophilia’.
His comments astounded presenter Nicky Campbell who tried to stop the conversation by warning the allegations were not in the public domain. 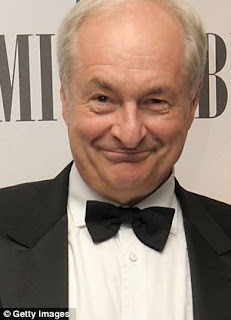 JULIA –   Looks like they are paving the way to cover Saviles links to the Royals. This article says that the Royals and Blair etc were just innocent people taken in by Savile like everyone else! They are only linked to him because they naively thought he was a really good charitable person.

That means the links to the top people are tumbling out everywhere, otherwise they would not feel the need to try and provide a cover story.
I keep thinking of how much of Saturday prime time family viewing telly was filled up with people like this, who we were trained to admire.
The Tap Blog is a collective of like-minded researchers and writers who’ve joined forces to distribute information and voice opinions avoided by the world’s media.