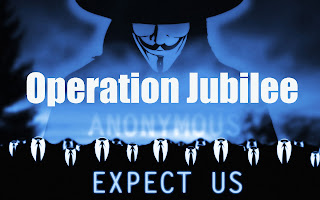 The elites can feel their power ebbing away as the public becomes aware of their brutal paedophile ways.  Their response is to rush towards a totalitarian state with all political opposition made illegal.  But first they will organise false flag rioting to shock the world, making new repressive laws seem inevitable.  This is their next move.
Here’s the list of demands.
Rally Millions To
Parliament, London
5 November 2012

The giveaway is ‘redistribute the land’.

Agenda 21.  The ending of private property.

‘cancel all debt’ should be ‘stop the government spending us into unaffordable debt’.

The rest is ‘motherhood and apple pie’….and very dangerous, laying the entire blame at the doors of Parliament.  Only through MPs can we make representation against those who rule, and limit their scope.  This is getting us to destroy our own democracy, and make repressive anti-political demonstration laws inevitable.  The troublemakers will be paid.  People will be hurt and so will property be damaged.  The pictures will be beamed across the globe.  Coincidentally something similar is scheduled to happen in the US on the same day.

Anonymous has been used to justify greater internet censorship in similar vein.