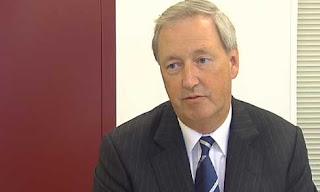 The former Jersey Chief Officer Graham Power says the fact that more than 100 victims on Jersey have now received out-of-court settlements and a significant number of civil cases are still pending illustrates the scale of the abuse. He says he understands why victims mistrust the local force to investigate the Savile allegations: “The scale of abuse that occurred in this small community was so great that it seems to be beyond doubt that persons in authority must have known something of what was taking place, and, from what we know so far, they appear to have done nothing to protect the children who were being abused in establishments operated by their own government. This is a matter which merits honest and independent examination.”

Alan Collins, a solicitor with Pannone, a legal firm specialising in abuse cases that is representing 58 of the victims, says initially all the focus was on Haut de la Garenne, its workers and management. “Jimmy Savile was a sideshow. I honestly couldn’t say how many have named Savile. But there were several people who named him, it was plural, not singular. All the allegations need to be looked at now en masse for similar fact evidence, because now we are seeing a bigger jigsaw. Each individual complaint makes more sense now. Savile is dead but others who abused them are not.”

The Attorney General, William Bailhache, issued a statement in June 2009 stating that two historic abuse investigations were dropped because of a lack of evidence. “Cases of this nature are often difficult. There is rarely any independent evidence, and often the cases come down to being the word of one person against another… A decision not to bring criminal proceedings does not necessarily mean that those who have made complaints are not believed. A decision not to prosecute means only that the Attorney General, having fully considered all of the available evidence and other information, has decided that an acquittal is more likely than a conviction.” 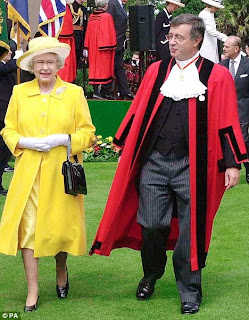 His brother Sir Philip Bailhache (pron. ba-lash), Bailiff of Jersey allowed Roger Holland, a convicted paedophile to be appointed as a local Police officer, which he later admitted was a mistake.   He was the Governor of Haut de la Garenne during the 1970s and 1980s.

TAP – Come on,  Messrs Bailhache.  If three or more victims all allege against one perpetrator, with details in common, you have a case.  Someone’s refusing to use their imagination, allowing the criminals a free ride.  HM Attorney General Jersey William Bailhache is the brother of the former Bailiff of Jersey Sir Philip Bailhache.

100,000 children go missing in Britain every year (The Children’s Society).

A Jersey senator, Stuart Syvret, talked of cover-up, and the system in Jersey failing.  He suffers continual repercussions for having spilled the story to the media.  His part of the story is covered in the pienmash.com film underneath.

Children being abused sexually at Haut de la Garenne were told they would be put into a mental institution if they repeated allegations.  Many died trying to talk about what was done to them.  Many just disappeared.  The cellars at the children’s home indicated many might have died there, bones with evidence of cuts and fire.  The survivors try to talk still, but are discouraged by  allegations made against them in turn, and ignored by the legal profession.   Lenny Harper, a Police officer tried to deal with the crimes correctly and bring out the evidence.  The Attorney general described him as ”a problem”.  He was accused of breaking the Data Protection Act and other bureaucratic errors to silence him.

After this excellent film was made,  the sister of Bill Maloney, who had made allegations against members of the Royal Family being involved peronally in abuse of children at Haut de la Garenne, died mysteriously. (These allegations were repeated at the Rally Against Child Abuse by Bill Maloney)

Bill Maloney, who remembers the screams in the night from his time in ‘care’, sums up – the fight against satanism is essential to the spiritual wellbeing of this planet.

Sir Philip Bailhache has resigned since the film, and is now in 2012 Assistant Chief Minister of Jersey.

Bill’s sister Dyana, who funded the film, and was in ‘care’ as a child, died of causes unascertained after the film was made.

The island of Jersey, off the north coast of France, is a British Crown dependency.

On 18 January 2009, the Sunday Mail told of the Jersey Cop’s Fury As He Faces Charges On Child Home Probe

Lenny Harper is the brave former police chief who was investigating child abuse and child murder on the island of Jersey.
This child abuse has been linked to powerful child abuse rings worldwide.

Top people on Jersey were alleged to be involved in horrific crimes.

Now the authorities on Jersey have put Lenny Harper under criminal investigation.

Lenny Harper, who recently retired from the police and who lives in Scotland, has been called back to Jersey for a court hearing

Harper refused because he fears arrest as a “scapegoat”.

Harper has been accused of keeping vital information from the police team that replaced him.

He is also alleged to have breached data protection and official secrets laws by leaking information about the investigation to the media.

On 13 November 2008, Harper received a letter from Jersey attorney-general William Bailhache ordering him to court on 28 January 2009.

He said: “I have been ordered to appear in Jersey at the Royal Court to give evidence and provide notebooks.

“They also want to see a farewell card which my former staff signed which they say contains evidence.

“The order is not enforceable in the United Kingdom.

“I have no evidence whatsoever to give or documents which the Jersey authorities do not have. They have spent many thousands of pounds trying to implicate me in Official Secrets Act and data protection offences on no evidence.

“I am being told certain officials in Jersey are falsely briefing against me and I would need to be stupid to expose myself to these people.”

Harper is prepared to answer the questions in a British court but not in a Jersey court.

He said: “They are using me as a scapegoat so they can drop all the abuse charges.

“Nothing should detract from the fact that there remain serious, credible allegations about the abuse of children in care in Jersey and these must be investigated.”

Graham Power, Jersey’s chief of police, did not please the top people on Jersey. He was suspended and is being investigated.

Philip Bailhache in his own words regrets the loss of reputation to the Masons on Jersey caused by the scandal.  Admitting he was the Governor of Haut La Garenne in the 70s and 80s during the height of the abuse, he claims he was a hands-off Governor.   No problem as Jersey Attorney General, brother Willie refused to give the victims any hearing anyway.  And of course Prince Charles is looking over his shoulder all concerned what with the reputation of British Royalty getting decidedly grubby of late.


TAP – I wonder what Willy’s wife Virginia nee Toomey makes of it all?  I knew her at Merton College Oxford in 1973.  She seemed not the sort to knowingly get involved with a paedophile protection ring.  I studied law the year below Willie.  His brother Philip was a bit older.