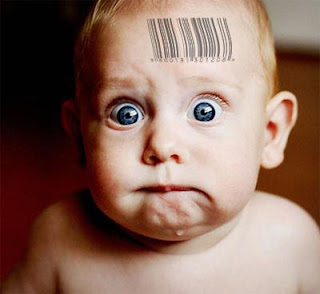 Bill Maloney of pienmashfilms is a survivor of paedophie abuse, suffered by his whole family at the hands of childrens homes and their ‘clients’.  Films of his family’s allegations against the royal family being involved in abuse of children at Haut La Garenne on Jersey are not easy to find on the internet any more.

His sister Diana, a victim and a fighter, was found dead in her apartment.  The Maloneys are fighting back against the abuse they suffered as a family.  Speaking badly against the Crown is considered Treason with life imprisonment.  He says he is about to commit Treason in the video shot at The Rally Against Paedophilia, in which he makes allegations against individual members of the Royal family for being involved in paedophile abuse on the island of Jersey.

Every single MP was invited to attend the rally.  Not even one attended.  This man is brave – or what.

from Bill Maloney of pienmashfilms.com
When Cyril Smith MP was alive, he was accused of paedophilic crimes when David Steel MP came to his rescue with the statement: “All he seems to have done is spanked a few bare bottoms” – When disc-jockey Jonathan King was charged for paedophilic crimes Simon Cowell put up £50K towards his bail. – When prolific billionaire paedophile Jeffrey Epstein was released from prison after serving a sentence for paedophilic crimes Prince Andrew was seen walking with him in Central Park NY; Prince Andrew has had sex with underage prostitutes and his royal family were very close to the outrageously disgusting paedophile ‘SIR’ Jimmy Saville. Epstein had permission to fly his private jet into military bases in this country; at least one young girl, or boy always accompanied him. – The list is endless, there are many celebrities and back-room workers within the entertainment industry that are heavily involved in the abuse, torture and murder of children and distribution of snuff movies. Simple facts like these that scratch the surface and appear spasmodically in our ‘so-called’ national media must tear your hearts out.
To all victims I say: Leave the bottles and the drugs to one side – that is the main step for you all to take. This will clear your mind and give you the strength and clarity to follow through with your convictions, instead of being eaten by alcohol and drugs; an army cannot survive on alcohol and drugs!  If you can all do this, then we shall spread our battle to the whole world.
To all you paedophiles, I ask you to come forward, declare yourselves, your crimes and your associates, you will then close your eyes and travel towards the light more peacefully when you meet your end, however that may be.  God is not a figment of people’s imagination; he is the light, the truth and the love of our blue planet. My advice to you comes in one-word:
“DISCLOSE”.
God bless all victims & survivors.
Bill Maloney.

Does Hollywood have a paedophilia epidemic? The disturbing pattern of abuse revealed by former child actors Not so sunny day: Former childhood stars say paedophiles are attracted to the entertainment industry because of the close proximity to children On November 21, an award-winning composer for ‘Sesame Street’ was charged in South Carolina of coercing a child to ‘engage in sexually explicit conduct.’ Registered sex offender and Hollywood casting agent Jason James Murphy spent five years in prison
Fernando Rivas, 59, was also charged with production and distribution of pornography.
Only a week before, registered sex offender Jason James Murphy, 35, was convicted of kidnapping and molesting an eight-year-old boy in Seattle 15 years ago.
He helped cast movies like ‘Super 8,’but also family-oriented films like ‘The School of Rock,’ ‘Bad News Bears,’ and ‘Cheaper by the Dozen 2.’
A Beverly Hills-based psychotherapist told Fox News that Hollywood sets are a breeding ground for paedophiles because children there are vulnerable.
‘One thing we know about actors, psychologically speaking, is that they’re people who like a lot of attention. Kids naturally like a lot of attention, and when you put a kid on a set who is unsupervised and getting attention from someone who is powerful, it creates a vulnerability for a very dangerous situation,’ Dr Jenn Berman said.
But many former child actors say that abuse is nothing new. Industry’s biggest secret: Corey Feldman, who was molested as a child, told ABC’s Nightline that Hollywood paedophilia is ‘the biggest secret’ in the industry
Corey Feldman, 40, told ABC’s Nightline last year that paedophiles are often drawn to the entertainment industry because it offers working in close proximity with children.
‘I can tell you that the number one problem in Hollywood was and always will be paedophilia. That’s the biggest problem for children in this industry…It’s the biggest secret.’
Mr Feldmen, who starred opposite the late Corey Haim in ‘The Lost Boys,’ was sexually abused as a child.
‘Little House on the Prairie’ star Alison Arngrim agreed. ‘This has been going on for a very long time,’ she told Fox News. ‘It was the gossip back in the 80s. People said, “Oh yeah, the Coreys, everyone’s had them.” People talked about it like it was no big deal.’ Lost boys: Corey Haim (left) and Corey Feldman (right) starred in ‘The Lost Boys.’ Fellow child actors said they suffered abuse constantly
Miss Arngrim continued: ‘The word was that they were given drugs and being used for sex. It was awful – these were kids, they weren’t 18 yet.
‘There were all sorts of stories about everyone from their “set guardians” on down that these two had been sexually abused and were totally being corrupted in every possible way.’
Mr Haim died in 2010 at age 38 after struggling for years with drug abuse.
Mr Feldman told Nightline: ‘There’s one person to blame in the death of Corey Haim, and that person happens to be a Hollywood mogul.’ He claimed sexual abuse had played a part in Mr Haim’s death.
But Miss Arngrim disagrees. ‘I’m sure that it was not just one person who sexually abused Corey Haim, and I’m sure it wasn’t only him and Corey Feldman that knew about it. Little horror on the prairie: Alison Arngrim played Nellie Olson in the popular TV show and said child abuse has been going on in the industry for years
‘I’m sure that dozens of people were aware of the situation and chose not to report it.’
The former child actress is the national spokeswoman for protect.org, a non-profit that seeks to protect children from all forms of abuse.
Miss Arngrim said children in Hollywood are victimized more than their non-acting counterparts because those who could speak up – parents, family, agents, and managers – are all profiting from the child.
‘It’s almost a willing sacrifice that so many parents are oblivious to,’ Paul Peterson, who acted on ‘The Donna Reed Show’ in the 1950s and 1960s.
Mr Feldman has not yet named his predator, though he spoke bluntly about the experience.
Mr Peterson said he hopes the abuser is one day caught.
‘It would be really wonderful if his allegations reached through all of the protective layers and identified the real people who are part of a worldwide child pornography ring, because it’s huge and it respects no borders, just as it does not respect the age of children involved,’ the actor, 66, said.