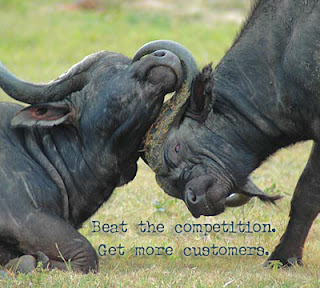 As readers may recall, I bought a fast broadband supply from Talktalk (in fact being done by BT, and subcontracted to them) for a two mile stretch of fibre optic cable from a rural telephone exchange.  The price was no less than £57,000 plus £1,300 a month ongoing.

That was one thing.  The contract was signed in May of 2012.  Delivery promised for July.  It’s now October and there’s no sign of any work let alone any signal.  BT said they might complete this month, but no promises.  It feels like the brush off.  They claim one of their ducts is blocked and they need to dig up a tiny stretch of road.  Some have told us that honesty is not a strong suit with BT.  If that’s the only reason for the delay, why don’t they just get on with it?

In frustration, I contacted Fujitsu, who are the only other organisation I can see on the horizon wo are capable of challenging the BT monopoly with regard to the supply of broadband.  They had a go quoting against BT in Cumbria, and were scotched.

BT owns all the 5000 telephone exchanges in Britain, yet other providers are able to put their equipment inside these exchanges.  That sounds great for competition, until you realise that no other suppliers are entitled to use any of the copper or fibres already installed in the national phone network.  They arre forced to subcontract to BT.

Fujitsu were prepared to install their own copper and fibre throughout Cumbria to set up an alternative and separate network,  for which they were quoting a price cheaper than BT’s initial quote for providing fast broadband for that county.  Then it came to light that they would have to subcontract the ducting from BT and BT were wanting to charge a price not far off the same as them using BT copper and fibre.

BT then dropped their price and Fujitsu withdrew from the contest.

I am getting this not directly from the Fujitsu board, BTW, but from a Fujitsu employee who has informal talks with board members and exact knowledge.

Fujitsu, not unreasonably, are unwilling to get involved in any more bids for rural broadband until the ground rules are changed.  They and I can see no reason why BT ducting should be paid for by competing companies, who are willing to install their own copper and fibre networks in the ducting.  There is stacks of space within these, and more than enough room for a number of competing networks.  It would not be feasible to install ducting nationwide and compete, but amazingly, it would be possible for companies like Fujitsu to compete with BT, even having to install all their own copper and fibre.

Their Cumbria quote was based on a target market of 1 million broadband users.  If the number they could get hold of were less, they would need subsidy support.  Mind you, BT is already well into the subsidy game, when they use their own pre-installed copper, and are only having to install fibre optic cables.  This costs about £1 per metre installed.

That would make the quotation I am dealing with from BT via Talktalk about £4000 (2 miles) , not the £57,000 BT is demanding via Talktalk.  If ducting was seen as non-proprietary, then anyone either with cable inside the ducting, or proposing to put cable inside, should have access to carry out repairs where necessary.  The costs could be apportioned over the total number of the users of the duct on a pro-rata basis.  Otherwise BT can simply claim a duct is blocked/not available, as they are doing in our case, and bring all potential competition to a halt.

BT has a monopoly and is exploiting it for all it’s worth, ruining the rural economy in the process.

Jeremy Hunt, the previous Minister of Communications, did absolutely nothing to address these issues. The new Minister Maria Miller has yet to make any comment at all.  Only Owen Paterson at DEFRA appears to be bothered, and seems able to grasp that the situation needs addressing urgently, that is, if the rural economy is to be allowed to function at all in the future.

In addition to this, in urban environments, fast broadband could be provided by wifi over large areas, providing supply to up to 100,000 outlets per installation, free of bills.  This would be far cheaper, (or free to users), than what BT is doing, insisting that all broadband connection is via cable.  No doubt the Conservatives won’t be attempting to take the monopoly supply privilege from BT any time soon.  If they did, BT shares might crash, and the nice little jobs available fo ex-cabinet ministers within the industry might be a few less in number.  Monopolies need protecting, after all.  As Rockefeller said, competition is a crime.

But just imagine for example if Shropshire County Council made fast broadband available to 100,000 subscribers in the Shrewsbury and Telford areas.  They could use the connection point to advertise the council’s expanding services, and its falling collection of taxes.  That would then be coupled with the falling cost of communications.  The effect would be to engage the population back into the democratic process.  Douglas Carswell’s new book ‘The End Of Politics’ (and the birth of e-democracy) is where this is at.  Come on, Keith Barrow, Leader of the Council.  You know you want to do this!  Give Fujitsu a call at their Solihull HQ.

4 Responses to “BT Broadband. Competition is a crime.”