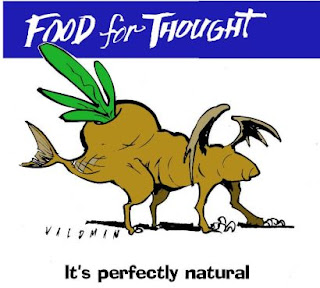 The human race is the unwitting participant in a massive science experiment, as presented in this masterful new documentary by Jeffrey Smith. Smith is one of the world’s leading authorities on the health dangers of genetically engineered (GE) foods.
The film expands on his second book, Genetic Roulette: The Documented Health Risks of Genetically Engineered Foods.
As a consumer advocate against GE foods, Smith’s authority is unrivaled. His meticulous research has documented how biotech companies continue to mislead legislators and safety officials.
The health of the environment in peril. Smith has made this information widely available via his Institute for Responsible Technology website, one of the most comprehensive sources of GE health information on the Internet.

How Can the Wealthiest Industrialized Nation be the Sickest?

Americans get sick more often than Europeans or people from any other industrialized nation. Since the mid-1990s, the number of Americans suffering from at least three chronic illnesses nearly doubled. Life expectancy has decreased and infant mortality has increased. Illnesses once rare are now common, with some approaching epidemic levels. For example:
In his documentary, Jeffrey Smith makes a convincing argument that one of the primary forces driving these illnesses is America’s changing food supply. And one of the most profound changes is genetically engineered food. Proving GE food is causing Americans to be sick is a tall order, but the evidence presented in this film is very compelling and should not be ignored.

Genetically engineered food comes from crops that have been altered by mixing and matching genes, usually from genetically modified organisms. They take genes from one species and force them into another species – even between species that have never mated in nature. There are two main types of GE foods:
The process of genetic engineering is highly imprecise and riddled with unintended consequences. Viruses are typically used to genetically engineer the genes into a new species. Inserting the gene and then cloning it can triggers massive collateral damage – sometimes hundreds to thousands of genetic mutations down the line. The end result is a gene sequence that doesn’t exist anywhere in nature. What could possibly go wrong? Well, plenty can and does go wrong.

Your Immune System on Attack

Your immune system is a finely tuned system that has evolved over time to differentiate between “normal” and “foreign” matter. When it’s working properly, it can distinguish between potential threats circulating in your body that will help you and those that may harm you – and get rid of the latter.
When your immune system sees a gene sequence that’s supposed to be “food,” but one it’s never seen before, it attacks as if it’s a foreign invader. Food essentially becomes a toxin. This initiates an inflammatory response, and chronic inflammation is the underlying reason for most chronic disease.
One key site where inflammation occurs is your gut. Gut inflammation is a precursor to all sorts of chronic problems, from heart disease to thyroid dysfunction to arthritis to autoimmune disease – you name it. Since the introduction of GE corn and soy into the American diet in 1996, numerous disorders related to gastrointestinal inflammation have be

One Response to “Your gut is under daily attack”