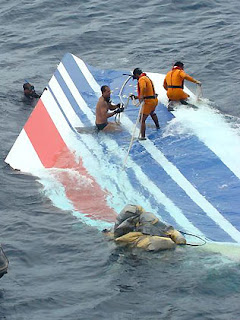 anonymous comment –  Hi Tap, Seems we have another mystery to solve.
Was Mr Hilli an Electrical engineer, as he worked for a satellite company?
He allegedly helped install a Federal Bridge Hi-Jack system on Air France 447.
Which crashed with many French people on board.
As a French cyclist, Sylvain Mollier, was also killed, it may not be a revenge killing.
Who paid for the installation work on the 447?
TAP –  Independent Report says the pilots were disorientated by the flight computer malfunctioning.  The comment above suggests Mr Hilli had some knowledge about electrical installations on the lost plane.  If the report below is correct, it seems odd that the pilots failed to get a report off by radio before the plane crashed.  As far as I recall, there was no report from the plane of any kind.  Outside communications must have been cut off at the same time as the plane’s automatic navigation system malfunctioned.  That is doubly suspicious, and to my mind suggests sabotage as a possibility.  If the flight was sabotaged, and the recent assassination at Lake Annecy was of an electrical engineer who worked on the plane that was lost, it does raise the question as to whether the two proposed facts are linked.  The comment suggesting a link was anonymous.  No source was quoted.  Yet the commenter seems to have some kind of knowledge about aviation security systems, and cannot completely be dismissed.
France lost two flights in mysterious circumstances.  Was the threat of more losses from sabotage used by the international military cartel to pressure France into partaking in the bankers’ wars?  France is now a war partaker, when in Iraq and Afghanistan, she kept her distance.  It’s only a theory, but it’s possible that the sabotage of Air France flights was used as a lever.  If such a story were to ever emerge, it would undermine French commitment to the wars.  Those who knew would have to be eliminated, if they were willing to speak of what they new.  The killings were all double tap professional hits –

French and British police have begun a detailed search of the home of the couple gunned down in the Alps after it emerged all four people who died were shot twice in the head.

Mr al-Hilli was born in Baghdad. He lived in Claygate, near Esher in Surrey. He worked as a mechanical engineer. He was an “aviation expert“.
The French cyclist Mr. Mollier worked for CEZUS, a subsidiary of AREVA, the global leader in the market for zirconium, the metal used, among other things, for nuclear fuel cladding. CEZUS’s operations are distributed over six sites. One site in Ugine handles production of ingots and transformation of zirconium, titanium, tantalum, and hafnium into semi-finished products. Cezus also have an R&D site in Ugine…
Not Your Average Joe It Would Appear
Kristin in Arizona said…
What about the un named ex RAF fellow that “found” the family? I”ve heard of these sort of things before, why isn’t HE being investigated?? Oh- because they’re all in on it.

Nokia’s new hardware looks great, but is it enough to save Microsoft’s mobile business?

Nokia’s latest line of Lumia smartphones and accessories look incredible, In a world where ecosystem…

Having taught Key Stage One (ages six to seven) for six years, I would like to challenge a few of th…

Something For The Weekend in London: September 7-9

We&#8217;re moving into the autumn season, with colder evenings signalling the end of what could onl…

European regulators have given Orange, T-Mobile, Vodafone and O2 the green light for their cross-net…

Suggested Topics
The Rio-to-Paris Air France flight that disappeared over the Atlantic in 2009 with the loss of all 228 people on board was brought down not solely by pilot error, but by the failure of the flight director – the instrument on which all pilots depend, the official report on the disaster revealed yesterday.
The mysterious airline crash was so inexplicable that it was days before Air France could bring itself to acknowledge what had happened. The airplane was a state-of-the-art Airbus 330 and the three-man crew had thousands of hours of flying time behind them. But when the plane flew into a thunderstorm, which froze the crucial speed sensors, known as pitot tubes, things began to go wrong in a hurry.
A massive mid-Atlantic thunderstorm was breaking. But the crew – with Captain Marc Dubois, a veteran with more than 11,000 hours of flying time, in charge – chose to fly straight through the storm rather than go around it like other planes flying the same route.
Aware of the turbulence ahead, the co-pilot Pierre-Cédric Bonin warned the flight attendants to illuminate the seat-belt signs. At this point the mood inside the plane was perfectly calm, as the conversation captured by the flight recorder makes clear.
“I’ll call the other [attendants] at the back and tell them,” an attendant called Marilyn said.
“I’ll let you know when we’re out of it,” Mr Bonin replied. But Flight 447 had only eight minutes left to fly before everyone on board would be dead.
Outside, the pitot tubes that give pilots vital information about the plane’s speed had frozen – a problem that had occurred with previous Airbus flights but the company had yet to address. The result was that pilots, with no experience of manual flying at high altitudes, were flying blind.
The recovery of the black box flight recorder from the ocean floor, 22 months after the crash, revealed that the co-pilot, who was flying the plane at the time, bizarrely pushed the nose of the plane upward when it was stalling, making the problem worse.
In a stall, all pilots know that the correct procedure is to lower the nose until the aircraft picks up sufficient speed to fly normally again, but the co-pilot continued to push the Airbus upwards to the point that it was practically motionless.
“I don’t have control of the plane,” he said. “I don’t have control of the plane at all!”
The reason he persisted in pushing the plane upwards, the report revealed, was that the all-important flight director – the computer that issues orders to the pilots throughout the flight – was broken and was giving him the wrong instructions.
And the plane’s altitude alarm, the loudest alarm in the cockpit, was quite erroneously warning him that the plane was losing altitude – information that clashed with the warning that the plane was about to stall.
According to Roger Rapoport, an American aviation expert and author of The Rio/Paris Crash: Air France 447, the altitude could have been so loud that the pilots may not have even been aware of the stall alarm. The French investigations agency responsible for the report, BEA, makes 25 recommendations to ensure that a disaster of this type never happens again.
At the heart of the measures is a profound rethink about the extent to which modern airline pilots depend on their computers, leaving them literally helpless in a crisis like this.
“Modern pilots are not trained for crises like this,” Mr Rapoport said.
“They are not trained to fly at high altitude. An experienced military pilot might have known what to do in a situation like this, but not these pilots.”
The final moments: How the jet crashed
10.29 (GMT) Air France Flight 447 departs from Rio de Janeiro in Brazil for Paris.
2.10am (local time) Pitot tubes freeze, auto-pilot disconnects and co-pilot Pierre-Cédric Bonin is flying the aircraft. He takes the fatal decision to pull up the nose of the jet. It climbs rapidly, causing it to stall. He receives the first stall warning.
2.11am The aircraft stalls and begins falling at a reported rate of 10,000ft per minute.
2.12am Bonin, in a panic, asks if the plane is going up or down.
2.14am An automated voice calls for the pilot to pull up. Seconds later, the plane hits the water.
The Tap Blog is a collective of like-minded researchers and writers who’ve joined forces to distribute information and voice opinions avoided by the world’s media.