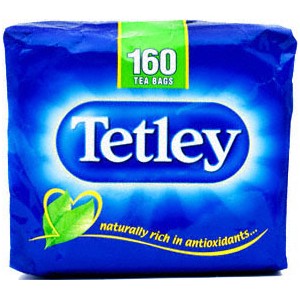 PLEASED ABOUT THE ANTI-OXIDANTS BUT WHAT ABOUT THE RAT POISON?

A sharp eyed wife spotted the words ‘fluoride added’ on a TV Tetley tea advert last night.  Unbelievable.  Tea is known to be contaminated with fluoride as factory emissions are easily absorbed into the tea plants, and many tea plantations are located near to coal-fired power stations or aluminium processing plants.  Toothpastes are deliberately laced with fluoride, as is sprinkling salt, baby foods, 10% of public and even some bottled water.  The government gets as much fluoride into us as it can at every stage of our lives, knowing that it will greatly shorten them by doing so.  Now tea is being proudly advertised as containing ‘The Devil’s Poison’, and no doubt a minimum level is being deliberately maintained. (See Tap Blog recommended books – Fluoride The Devil’s Poison). 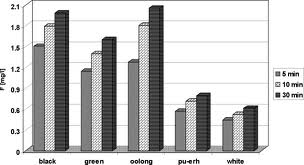 mg’s of fuoride per litre of tea.  shorter brewing time cuts the dose.  quick dipping of tea bags could help to save your life and fertility.

Other effects of the DP are helping to sterilise the population.  People used to laugh about bromide, another halogen, being added to the tea in the Army to suppress the libido during the war.  It is no joke.  Fluoride is far more toxic than bromide, and has similar and permanent effects.  This is part of the reason why 25% of British couples cannot conceive a child now.  It also is why so many people die from cancer, as fluoride dismantles the body’s cancer-preventing and  defensive systems.

I was shocked to find that fluoride is added to all British baby foods when we returned to the UK.  This is not the case in the Philippines or Australia where we have sourced formula milk.  My preference would be to feed raw milk to our littl’un as that’s what we all grew up on from age three months in the 1950’s, but the missus has read all the anti-raw milk propaganda put out by the baby milk formula industry, and she won’t have it.  We were feeding him fluoride in British formula milk for one month which I detested, but we now have a supply of Australian from eBay (at quite a price). 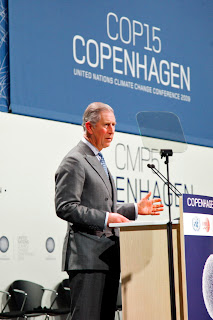 The public must be sure that fluoride is the most wonderful substance.  It’s being added to more and more products as each year goes by, and is now advertised as an ingredient to increase sales.  It’s in fact a mass cull of the population being carried out in plain sight, along with chemtrails and other elements of the United Nations depopulation agenda.  Prince Charles heads the UN’s Prince of Wales International Business Leaders Forum where the environmental programme to save the planet by culling humans is managed and delivered (known by the acronym IBLF hiding the fact that it was set up by Prince Charles in 1990).  The corporation that sells Tetley Tea is a member of this group.

Prince Charles will of course ensure his tea comes from a far flung tea plantation where there is no fluoride.  He and his ilk only cull the plebs. 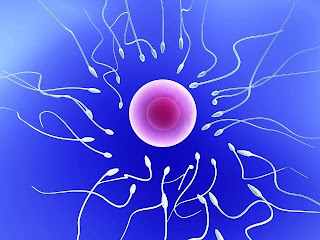 male sperm – the target of the depopulationists.
sperm counts have been plummeting since the 1950s,  since the polio vaccine came in.

Tetley, a wholly owned subsidiary of The American Tea Association (formerly Tata Tea ), is the world’s second largest manufacturer and distributor oftea. Tata, separate from India‘s Tata Group, owns Tetley’s manufacturing and distribution business is spread across 40 countries and sells over 60 branded tea bags. It is the largest tea company in the United Kingdom and Canada and the second largest in the United States by volume.
After Tetley was purchased by the Tata Group in 2000, most of its business in Asia was integrated with Tata Tea and the company planned to completely integrate its worldwide business with Tata Tea by 2006. The new group, Tata Tea Group, later renamed Tata Global Beverages, is the second largest manufacturer of tea in the world after Unilever.
EXTRACT from tata.com giving away the cryptic (hidden) association between the Prince of Wales, his IBLF, Tata Tea and the United Nations.
The awards programme was organised in association with iVolunteer, International Business Leaders Forum (IBLF) and Tata Tea  Jaago Re! as online partners and was supported by the United Nations Volunteers (UNV). Salman Khurshid, union minister for law and justice and Ministry of Minority Affairs, presided over the programme as chief guest and presented the awards to the winners.
TAP – no wonder they’re all hiding from public view when you see what their gameplan is.  Prince Charles has never been publicly interviewed about his United Nations role as head of IBLF.  He is the key player in the United Nations ‘ethical’ i.e. depopulation programmes.  He is a direct descendant of Nathan Mayer Rothschild through both his parents.