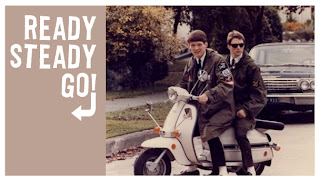 MORE ON THE POP MUSIC SLEAZE

I can go along with what Dr Ahmed said about the T Stokes article, i nursed my father in law up to the time of his death,
he had been a police superintendant in London, and although he did not say much while working, towards the end of his life and while senile, he thought i was his secretary or something as he would tell me all about the investigations into
pop music and pervert DJs etc. which at that time was stilll going on.

I remember one day they used the mayoral car to do the shopping, it was not used much and it over heated right by this guy Tony Stokes place in central London.  My father in law the mayor and a conservative cabinet minister, went in for a cup of tea while the car cooled down outside with the bonnet up.

The discussion quickly came onto the whole pop music thing.

Tony Stokes if he is still alive ? his job was to combat Soviet propaganda, and they were blackmailing several  big pop names to push forward certain agendas, such as socialism, homosexuality and multiculturalism, and Stokes was documenting all this in a hush-hush way for our people to diffuse.

Pop singer ***** ****** had been a rent boy with a list of pop people and names of big players in the gay scene, but not just gays, the programme “Ready Steady go” also targeted young girls only too quick to drop their knickers for the pop performers who feasted on them, and one of the young men on the prog would sell drugs ouside the studio, and was into the gay mod scene, which was why the programme was wound up.

One of the most debauched of all performers even more than ***** **** was ***** **** who in real life was a real promiscous racist hater who would sleep with anything, men women young boys even, and who claimed to have had a 1000 partners, his death from an AIDS related ilness recently had so many cheers on facebook they had to keep being removed.

My father in law like Stokes was involved in the buildup to the court cases which they tried to keep out of the media spotlight, the pop music scene is debauched and sleazy, talented kids who wont sleep around generally do not get into the bigtime, almost all of the low life impressarios were jews, from Poland just before W W II, now settled in the East End, and they had links to the US jews such as Bruce Springstein who knew about but was not involved in the reports.
thankyou
Mandi Ferguson.