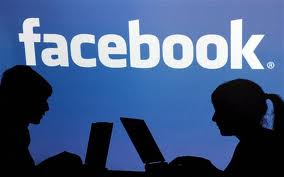 It’s only a matter of time before the government taps into the trove of images stored on social media and photo sharing websites such as Facebook.

Brace yourselves for the next wave in the surveillance state’s steady incursions into our lives. It’s coming at us with a lethal one-two punch.

NGI will use a variety of biometric data, cross-referenced against the nation’s growing network of surveillance cameras to not only track your every move but create a permanent “recognition” file on you within the government’s massive databases.

By the time it’s fully operational in 2014, NGI will serve as a vast data storehouse of “iris scans, photos searchable with face recognition technology, palm prints, and measures of gait and voice recordings alongside records of fingerprints, scars, and tattoos.”

However, with major search engines having “accumulated face image databases that in their size dwarf the earth’s population,” it’s only a matter of time before the government taps into the trove of images stored on social media and photo sharing websites such as Facebook.

Also aiding and abetting police in their efforts to track our every movement in real time is Trapwire, which allows for quick analysis of live feeds from CCTV surveillance cameras.

Some of Trapwire’s confirmed users are the DC police, and police and casinos in Las Vegas. Police in New York, Los Angeles, Canada, and London are also thought to be using Trapwire.

Using Trapwire in conjunction with NGI, police and other government agents will be able to pinpoint anyone by checking the personal characteristics stored in the database against images on social media websites, feeds from the thousands of CCTV surveillance cameras installed throughout American cities (there are 3,700 CCTV cameras tracking the public in the New York subway system alone), as well as data being beamed down from the more than 30,000 surveillance drones taking to the skies within the next eight years.

Going far beyond the scope of those with criminal backgrounds, the NGI data includes criminals and non-criminals alike—in other words, innocent American citizens. The information is being amassed through a variety of routine procedures, with the police leading the way as prime collectors of biometrics for something as non-threatening as a simple moving violation.

For example, the New York Police Department began photographing irises of suspects and arrestees in 2010, routinely telling suspects that the scans were mandatory, despite there being no law requiring defendants to have their irises scanned.

Police departments across the country are now being equipped with the Mobile Offender Recognition and Information System, or MORIS, a physical iPhone add-on that allows officers patrolling the streets to scan the irises and faces of individuals and match them against government databases.

Take, for example, the Secure Communities initiative. Touted by the Department of Homeland Security as a way to crack down on illegal immigration, the program attempted to match the inmates in local jails against the federal immigration database.

Unfortunately, it resulted in Americans being arrested for reporting domestic abuse and occasionally flagged US citizens for deportation.

More recently, in July 2012, security researcher Javier Galbally demonstrated that iris scans can be spoofed, allowing a hacker to use synthetic images of an iris to trick an iris-scanning device into thinking it had received a positive match for a real iris over 50 percent of the time.

The writing is on the wall. With technology moving so fast and assaults on our freedoms, privacy and otherwise, occurring with increasing frequency, there is little hope of turning back this technological, corporate and governmental juggernaut.

Consider this, however: while the general public, largely law-abiding, continues to be pried on, spied on and treated like suspects by a government that spends an exorbitant amount of money on the security-intelligence complex, the government’s attention and resources are effectively being diverted from the true threats that remain at large—namely, those terrorists abroad who seek, through overt action and implied threat, to continue the reign of terror in America begun in the wake of the 9/11 attacks

3 Responses to “Face recognition software is watching you”