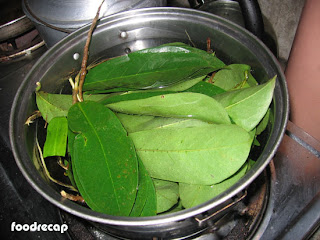 boiling fresh guyabano leaves
drink only this until you are cured

You see adverts for cancer fund-raising on a daily basis.  MacMillan nurses.  Cancer Research.  It’s endless.  Yet with all that money being spent, the known cures are never mentioned.

The one we know from the Philippines is the Guyabano leaf (not the fruit as so often written).  People there boil them and drink the water non-stop until they are cured.  It works.  That cost nothing to tell you, so why all the spending on cancer fund-raising.  It’s all investing in your ignorance.  So that you don’t think of finding the cures that available.  Cancer is the most profitable illness for the pharmaceutical companies, who also control the media.

Others talk of the apricot kernel being an effective cure, which also has B17 – the vital vitamin missing from the modern western diet.  The closest we get to some B17 is sprouts and spinach – eaten but rarely by most people.  My parents always had some in the garden.

Getting these back into our diet can’t be that difficult surely.  Or cracking open plum and apricot stones to get the kernels isn’t all that hard either.  This information is provided free of charge.  I won’t be handing any money over to assist the mass killing cancer program.  Just find the stuff that cures you.  It’s everywhere.  All you lack is the information.

One Response to “Cancer treatments and prevention. No charge.”