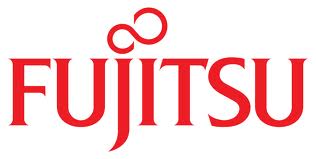 Hopes to ink fibre rollout deal over next few weeks
By Kelly Fiveash, Networks Correspondent • Get more from this author
Posted in Broadband, 17th September 2012 13:40 GMT
Free whitepaper – Getting started with the cloud
BT has been chosen by Norfolk County Council as the preferred bidder for a £39.3m contract to run fibre-optic broadband out to the sticks.
However, the agreement between the national telco and Norfolk won’t be sealed until later this year, and is subject to Europe’s approval: the European Commission stalled the deal to investigate concerns over competition in the UK broadband market and the rollout of cabling for fast internet connections.

Despite reports suggesting that BT has also bagged a £40m broadband deal with Suffolk County Council, it’s understood that county will not decide which telco has won the contract until a Cabinet meeting of councillors later this month.

BT is widely expected to secure that procurement bid as well after Fujitsu apparently withdrew from the Suffolk process over the weekend – a move that followed The Register‘s report that the Japanese tech giant was being closely scrutinised – if not outright blacklisted – by the government’s Department for Culture, Media and Sport.
Fujitsu told El Reg this morning simply that it “did not bid for Suffolk”.
Meanwhile, mandarins at the DCMS are being slightly more measured about Fujitsu – unlike the Cabinet Office, whose officials marked Fujitsu as too “high risk” to award public sector business to for the time being.
Brussels, however, is refusing to allow Blighty’s government to inject £530m of public money – dubbed the Broadband Delivery UK (BDUK) cash pot – into improving rural internet services, at least until EC officials have concluded their probe into competition concerns. Brussels was alarmed that, so far, BT has won all the BDUK deals. And the DCMS has been clear that Fujitsu, on paper at least, remains at the bidding table.
All of which is making these testing times indeed for new broadband minister Maria Miller.
As for Norfolk, a BT spokesman told us in a brief statement at lunchtime:

We are pleased to have been selected as the preferred partner for this project, which promises to bring the benefits of fibre broadband to those areas outside our planned commercial footprint. We will be working closely with Norfolk County Council to complete the contract over the coming weeks.

Under the planned agreement, BT will pump £9.3m of its own cash into the installation part of the Norfolk broadband project, while the council will match BDUK funds of £15m.
The authority offered up rhetoric that is increasingly coming from councils throughout the land that suggest faster broadband would prove something of a fillip for the local economy.
On speed, the council said:

While the minimum broadband speed available to properties in Norfolk by June 2015 under the deal would be 2Mbps, the majority of those properties not in the ‘superfast’ (24Mbps+) bracket would be able to access speeds significantly higher than this minimum standard. Twenty per cent of benefiting properties will be able to receive services with speeds ranging from five and 23Mbit/s.
At the other end of the scale, 49 per cent of properties are expected to be able to access speeds of between 50 and 100Mbps, with a further six per cent able to receive speeds in excess of 100Mbit/s.

The planning process for BT’s installation will begin in earnest this season, the council said, assuming that BDUK state aid is secured.
Last week, BT was named the preferred broadband bidder for Cumbria and Surrey county councils.

TAP – The BT monopoly is outrageous.  We ordered 10 Mbps broadband from them in Shropshire in May for delivery July.  They haven’t delivered by September, and refuser to even discuss a date for starting the work.  Monopolistic power needs smashing to pieces.  Jeremy Hunt will no doubt collect his reward with a £500,000 a year directorship at BT in due course, to go along with his Murdoch payoffs.