julia writes –
I think this Kate and William is a centre stage distraction. That seems to be their responsibility at the moment. Look at some of the pictures of them too. They are so contrived, like they are pantomime actors. It’s as if they want us to realise, so they are making it really really obvious. Or maybe they are just testing us, to see how dumb we have become. Like a dentist who checks whether the anaesthetic is working by prodding a tool onto your gum and seeing if you can feel it. 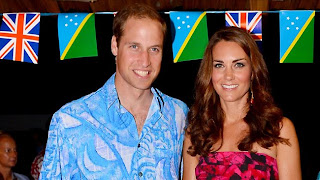 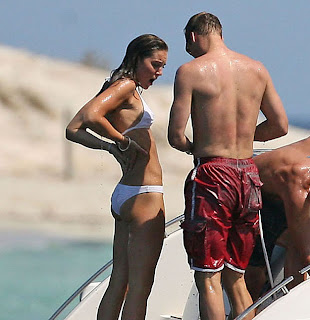 and as she appeared in French magazine Close 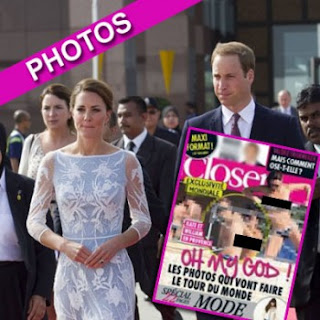 Hi Tap, I think I could be right about ‘KATES EXPOSURE’, Guess Who Owns The Mag.
None other than The Papal Knight Berlusconi-owned magazine to publish topless Kate Middleton pictures

ROME –  An Italian gossip magazine owned by former Premier Silvio Berlusconi plans to publish topless photos of Prince William’s wife Kate, despite legal action against a French magazine that published the images first.
Chi is part of Berlusconi’s publishing house Mondadori, which also owns Closer, the popular French magazine that hit newsstands Friday with the photos — and was immediately slapped with a lawsuit by the royal couple alleging privacy violations.
The photos, taken while Kate and William were at a private estate in southern France last month, are the first to show Britain’s likely future queen with her bosom exposed.
Chi said it plans to publish a 26-page spread with photos on Monday. The cover was unveiled Saturday in Italian newspapers and television under the headline “The Queen is Nude.”  …………
WHEN THIEVES FALL OUT – THE DEVIL TAKES THE HINDMOST
In 2009, he threatened legal action against the Spanish newspaper El Pais after it published photos of topless women and a naked man lounging at his Sardinian estate. Italian prosecutors seized the photos and placed the photographer under investigation for alleged violation of privacy.
The photos came to light at the start of Berlusconi’s downfall: They were published amid a scandal involving Berlusconi and a Naples model, whose 18th birthday party the then-premier attended.
Berlusconi, who was forced from office in November after financial markets lost faith in his ability to steer Italy out of its debt crisis, is currently on trial in Milan on charges he paid for sex with an underage Moroccan girl and then used his office to try to cover it up. He denies wrongdoing, and both he and the girl say they didn’t have sex. AND MICKEY MOUSE HAS NOTHING TO DO WITH DISNEYLAND.

SO MOTE IT BE
REGARDS  ……………….  WASP
The Tap Blog is a collective of like-minded researchers and writers who’ve joined forces to distribute information and voice opinions avoided by the world’s media.