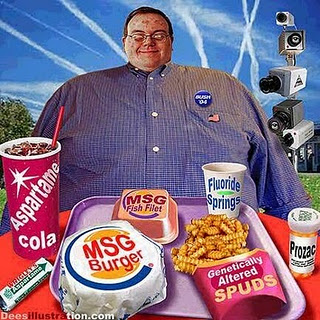 Childhood obesity is a growing health concern in the public sphere, but for many of us, it also hits close to home. But while public health campaigns have singled in on parents providing children with unhealthy nutrition options and with poor examples of healthy eating, new research indicates that some of the problem may lie with fast food companies and their overly effective marketing campaigns. A study has found that fast-food logos are branded into the minds of children from an early age.
According to the Centers for Disease Control and Prevention, childhood obesity has more than tripled over the past 30 years. And perhaps more damning, the government bureau reports that “[the] percentage of children aged 6-11 years in the United States who were obese increased from 7% in 1980 to nearly 20% in 2008. Similarly, the percentage of adolescents aged 12-19 years who were obese increased from 5% to 18% over the same period.”
The study, conducted by researchers from the University of Missouri-Kansas City and the University of Kansas Medical Center, showed children 60 logos from popular food brands, like Rice Krispies and KFC and 60 logos from popular non-food brands, like BMW and FedEx. The children were aged between 10 and 14. Then, using a functional MRI scanner, which measures blood flow to different areas in the brain, they watched the brains of these children react to the different logos.
When showed images of fast food companies, the parts of the brain that control pleasure and appetite lit up. The brains did not do the same when showed images from companies not associated with food.
The brain’s reaction may not seem like a big deal. After all, when someone mentions food, a common bodily response is to feel hungry. But researchers also found that children were more likely to choose the food branded with the logo with which they were familiar. When asked to taste a hamburger from a box with no label, and a hamburger from a box labeled McDonald’s, the children overwhelmingly preferred the McDonald’s burger.
Researchers’ concern is that marketers for these companies are tapping into the reward portions of the brain long before children develop self-control. In addition, most of the foods marketed to children are high in caloric content, sugars, fat and sodium.

Read more at here
The Tap Blog is a collective of like-minded researchers and writers who’ve joined forces to distribute information and voice opinions avoided by the world’s media.