I have been reading blog posts on the Olympic Opening Ceremony suggesting it was an Illuminati ritual linked to the Century 16, Batman killings in Aurora.  The good points made are mixed with the most hopeless linguistic analysis (I studied ancient Greek at school and university), which put me off from posting what was otherwise an interesting read.  The wounded and dead were taken to a next door school which clearly has associations to the Olympic games.


Anyway while I try to remember where I found the post and get you the link, (stressful day here.  The NHS finally diagnosed Sean’s blood and diarrhea as campa bacteria six days after we first rushed him to the hospital in distress.  Our long wait is over, and we can start treating him) here’s an interesting email from the indefatigable Gordon. 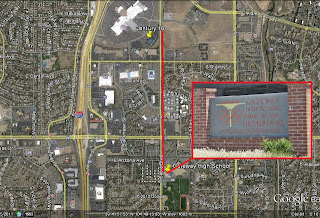 I got it (the link to the Aurora killings post).  The author’s American stuff is uncanny showing how the shootings were clearly some kind of Olympic Games Illuminati ritual sacrifice.  Her American stuff is excellent.  Her British less so.

It is becoming more and more apparent that political incentives and even political threats appear to play a much greater role in the establishment of genetically modified crops and subsequent trials than
public opinion.


And until the public utilizes serious political
activism and peacefully demands change from their representatives on a
major scale, such political corruption will continue to ultimately
influence decisions that affect your daily life.


The World Bank uses financial tools to bring nations on their knees,
demanding they cull their numbers; the UN guarantees the political
legitimizing for these depopulation policies (Agenda 21); the
Foundations develop the anti-fertility vaccines and GM Food. The World Health Organization takes care of the “health-standards” and distribution. With the help of this global construct, carefully coordinated from the top-down, the scientific dictatorship has circled the wagons around all of free humanity.

Ruling families and the wealthy elite have long dreamed of immortality to preserve their ability to rule for all of eternity, with heads of dynasties historically offering abundant prizes and gifts to those with secrets to everlasting life on Earth.


TAP – Let’s hope the Russian scientist’s laughing all the way to the bank!  Even if they develop anti-ageing technology, all these beasts in human form will start killing each other off, once they’ve sterilized the lesser beings.  Killing is all they know.  They won’t be able to stop, once it’s only them left.

Here’s some links on the Aurora shooting:

This video looks at gasmask found at the scene.

11 Responses to “Aurora Killings Linked To The London Olympics”