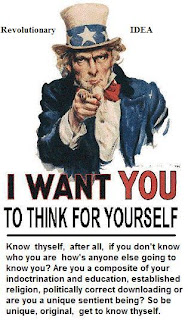 Someone dropped this off in comments.  I listened right through.  It’s good.  It’s on the blog left hand column second video down.  Here’s a transcript with gaps, typed out as I listened, so lots is missing.  But it gives you the gist.

Interviewer – United Nations will be the masters of starvation.  Take Australia where the Carbon Tax has been introduced.  Many farmers are no longer producing food, as they can’t make it pay.  I saw in Ireland recently nothing is being produced compared to a few years ago.

Alan – Wars are used to change everything.  In WW2 the government took hold of farming and have never let go since.  Food production has been handed over to the EU.  The Royal Institute for International Affairs controls what happens, and they want to control food.

Not since the early 1800s has there been a Prime Minister that serves the people.

Soros pretends he’s here to help us all.  Food is a weapon.  Food is weaponised.  Monsanto, and the Rothschild’s group have developed seeds that terminate.  Food has been poisoned.  It’s why the cancer rate has gone sky high.

Farmers can’t do much unless they can get rid of government.

Interviewer  –  The kids of farmers don’t go into the family farm any more.  There aren’t going to be any farmers in the future.

Watt – people are losing the power to feed themselves.  They’re going after the water supply.  Water is being made into weapon.

Gerrish – Farmers were paid by the EU to stop producing food.  DEFRA produced Directives enforced at local council level.  People in the public sector are used to deliver the programs via a system of command and control.  We need to break the command and control system. Timing is very important.  People are too comfortable and well fed, and don’t want to hear our message.  The moment enough people refuse to pay their taxes, they are in control.  But we have to choose our moment.

Watt –  Small farms are being closed by government inspectors, who make greater and greater demands.  This is deliberate, and not happening by accident.  Bee-keepers even are being squeezed out.  These schemes are happening on a global basis, while people think the laws are local.

Interviewer –  Honey is a quota’ed business.  The EU myth was always free trade.  There’s only shackles placed on people, until people are driven out of business.

Watt – things happen drip by drip.  Most people think it’s a mistake at the top which will be put right later.  No it’s all deliberate.  There is no nation state any more.  Interdependence means everything you need to survive, will depend on the system.  They stop people in the US from growing vegetables in their garden.  You must be dependent on the system.

Interviewer – Agenda 21.  People are driven off the land, into Council Housing and put on benefits.

Watt – Part 1 was to give all the rights to animals and insects.  In 2012, the next phase will start.  We have no rights at all.  We are legislated into the ground.  We have to stat pushing off all these bureaucrats and officials.  We have to throw them off. We’re talking about survival here.

Gerrish – UKIP isn’t trying to challenge Europe under the leadership of Farage.  They want to kill us.  The worst thing that’s happened to us is Political Correctness – the way we think is controlled.  Finally MPs and Judges are being called criminals.  Blair and Cameron are being called war criminals.  Farmers fighting red tape find it hard.  Once the farmer realizes he is being made to stop producing and eating, it changes something.  It’s all documented,.  They want to kill us.  The phrase – reduce the carbon footprint .  The carbon footprint is mankind.  When they say they want to get rid of the carbon footprint, they mean they want to get rid of us.

Who are the real problem people?  Why do they have a different agenda to a normal person?

Watt – They are old families, involved in international money landing.  They are private people lending to governments.  Many of their relatives using different names get into positions of political power.   The Frankfurt school is behind political correctness.   These guys were specialists in psychology.  Their job was to examine the culture of each nation, and adjust the culture to accept globalism, culture by culture.  They took over the culture industry nation by nation.  They run the BBC.

They were talking about bringing in a global culture in 1964.  They decided to bring in American culture – it’s not America at all.  They created American culture using Bernays techniques.  The leader of British culture was a Great friend of The Queen.  Drugs were brought in given out free to universities.  Free sex.  They decided to degrade each culture so they have no past to fall back on.  They wanted to bring in sexual liberalization to knock down all social structures like the family.

Socialism is the scientific domination of all society.  They took over the arts.  The Macey Group worked with the Frankfurt school.  They set up in the US, setting out to destroy all personal independence bit by bit.  Through movies they would show that the State is in charge.  Until everyone is obedient and afraid of the system.  The Macey Group was set up in perpetuity by President Truman.

Russia had a department of culture.  All other countries have the same thing.  They hire authors by the thousand.  They are told to radically alter the culture.  They use cartoons and so on to blame the older generation, detaching the younger generation from loyalty to their families.

Interviewer – (hard to hear) The NHS is a complete disaster.

Alan – In Canada they closed down all the rural hospitals, to make life impossible.  They get ten seconds per person during a medical consultation.  The cancer waiting list is sky high.  You can get a sex change easily enough, but if you are seriously ill, you have to wait six months or longer.  They test out all the reduction in services one by one in Britain.  They dumb down education.  They use injections to get people into a more compliant state.  The polio vaccine was introduced with the aim of reducing population.  They changed the name from polio to meningitis (and another).  It was laced with viruses to spread cancer.  This was created by the Head of The Eugenics Society.

The fastest way to get people under control is to introduce communism.  Lenin said the services would eventually become the authority over the people.  It’s a totalitarian agenda.

There are so many instances of outright perversion at the top.  They are above the law.  They get away with it.  Their religion is ‘do as thou wilt’.  They believe they are overlords.  They are Satanists.  Law is their religion.  They are utterly legalistic.  Madeleine Albright said they must take over the State Department.  She was asked ‘You killed half a million people.  Was it worth it?  Absolutely,’ she said.  The only people who mater are the ones high up.

NATO is a private army plundering the world for the corporations and the rich.  They hold utter contempt for everyone else.  Abortion is going back to ancient ways.  They send the spinal chord of aborted foetuses to pharma companies to produce vaccines.  They tell us how to perceive things.  Even when we’re dead, we’re worth money to them.  We’re farm animals to them.  The biggest thing of all to them is economics.

We build the machines which end up shooting at us on the streets.

Canada was debt free until they decided to get us away from the bank of canada.  They use money to get power over us all.  The taxes raised in every country are phenomenal.  Tax money is used to promote their agendas.  They use fear to keep us penned down.  The main one is fear of poverty.

Interviewer – Guernsey prints own money.  The more exposure the better.  They need to strip away their layers.

Watt –  Miliband’s father was sent to Britain to teach Communism at British University. Check out the backgrounds of all the people in power and expose them.  Global warming.  AGW. Carbon taxes.  These are all social control phrases – political correctness.

Go to the individuals and look up their family histories.  They are tied together so tightly.

Money makes their world go around.  They own most of the resources, as Cecil Rhodes decided a hundred years ago.  We are being set up to be starved to death.  Watch out for the inoculations that are being planned.

We’re all born the same and go the same way.  They’re no better than us.  This is a caste system.  It’s got to be pushed out.  We all have the right to live in peace, and in safety.  They are all elitists.  They believe they are superior and we are inferior.  It is a caste system.

Government is here to rob and plunder you.  This is about survival.

Interviewer – start fighting back in any way we can.

Watt – you can’t opt out.   We all survive together, or we’ll go down together.  They always do what they tell us.  It’s time we started believing these guys.

4 Responses to “Watt and Gerrish explain it all”