Hi Tap, I see there has been an increase in the number of ‘WASP CASUALTIES’, so the ‘T’s haven’t gone, it was just a temporary Lull, GARBAGE THESE DAYS IS VERY DIFFICULT TO GET RID OF, & most is Recycled, otherwise it just Hangs around, just like THEM.

TAKING UP SPACE BUT OF NO USE WHAT SO EVER.
Gordon & Julia, have brought us back to numbers again, & shows how important they are, as you are all aware, the world is controlled by ‘SIGNS & SYMBOLS’, Numbers are just that, those who dismiss this fact will never see the whole Picture. In the past I always tended to believe William Milton Cooper, w/r/t to ICKE, but it does appear since he has given up the idea that he was a reincarnation of Christ, he needs reappraisal, though some of his theories I have difficulty in finding any validity in them, but then who knows, The information in the video w/r/t WWIII , is not difficult to agree with, & ties in with Common Purpose Puppets.
I was informed via The ‘Grape Vine’, possibly a ‘Tertiary Source’,  that three non Europeans who were going to take a Flight out of the country, from one of the Smaller Airports, Boarded The Plane, but just before take off they changed their minds, the flight crew during this disturbance, were called away from their stations, to deal with the situation, during this incident. One of of the three men went to the loo. The three passengers then eventually disembarked, It was only later that the Captain of the Plane found that, his credit cards, & personal documents, together with location of all the Security Runways & Codes were missing. This was one week before Cameron made The Olympics Look Like  a WAR ZONE, & introduced Missiles & Heavy Armaments, which was unprecedented, as the details were via a chain, I can’t say where the originated information was derived & have been unable to obtain any further details. I have included this solely as a point of Information.
EXTRACT  –  Every event foretold in the Illuminati card game has come true…so far.
Paralympics opening ceremony
attract 11 million
I only saw bits of it, & can’t say I know much about it,  The Chap who made this Video certainly does know far more than most, he looks at it in great detail, in The Light of NUMEROLOGY. & ILLUMINATI CARD GAME. This wasn’t the stuff I was going to Post, as Assange & Biggs – Davison still interest me, but that can wait.

Now Lets Begin! ……………………………. Part 1
” Conspiracy Theorists”  ………………….  Part2
GOAL “The Hands of Madness”   …….. Part 3
THE MORE PEOPLE WHO KNOW ABOUT IT THE LESS THE LIKELY HOOD OF THE  FRUITION of THIS HAPPENING,
Published on Aug 12, 2012 by Theavengersoffical
Part 2: http://www.youtube.com/watch?v=IJWfzSd8LKcIlluminati
Part 2 Continued: http://www.youtube.com/watch?v=F-z4qIxiyts
Part 3: http://www.youtube.com/watch?v=-iwT9SFEFk8
Website : illuminatiorder.info/ac/thaumaturgy/index.html
2nd Illuminati Website : http://academy.illuminatiorder.eu/ Login: user and Password: user:user
Special thanks too: http://www.youtube.com/user/xBehindthetruthx
Special thanks too: http://www.youtube.com/user/spellbinder00
Nothing will happen at the London olympics because this is the illuminati’s plan. To make the conspiracy theriosts look dumb and wrong. And when nothing happens at london olympics people will stop believing in the illuminati. But at the paralympics closing ceremony is on the 9th of september which means lots of people are going over there 100,000 tickets have been sold already. Then people wont believe there will be a bombing or attack anymore. Then the illuminati will bomb the paralympics closing ceremony. How do i know these? After the september 2001 9/11 attacks. How many years has been now from 2001? Its been 11 years. And the closing ceremony of the paralympics is on the 9th of september. So which means again 9/11. 9 is the favourite illuminati number. And the london bombings on 7/7/2005 happened. So 9/9/12 closing ceremony of the Paralympics will be bombed. 9 favourite illuminati number. 9 september. 12 which is 11 years after the 9/11 attacks. So 9/9/12 see it will happen at the London 2012 Paralympics! The closing ceremony﻿ of the PARALYMPICS on SEPTEMBER 9, 2012 is the day. The olympic stadium will be almost at capacity with spectators along with performers, athletes, and security equaling more than 100,000 in attendance. 9/9/2012 is a month after the closing ceremony of the actual olympics so people wount be thinking about the posibility of an attack anymore. the london bombings in 05′ ocurd on july 7 which is 7/7, sept 9 is 9/9, the tv series describing the bombing is called spooks:CODE 9….
So i dont think the london olympics will get bombed but sure about the paralympics will get bombed! This is my opinion! 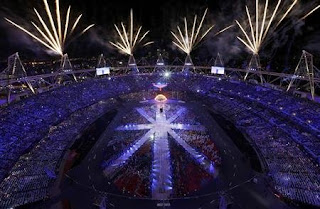 The first Olympic closing ceremony.  The start time was 8.12 pm and ending was 12.20 pm.  The Illuminati even insist on exact minutes for the major events,  What about the moment WW1 ended?  The eleventh hour of the eleventh day of the eleventh month.  Now don’t tell me that had anything to do with anything other than a code known only to the elites.  We are still called to a minute’s silence at that exact moment each year.
I guess WASP would say that 11+11+11 = 33, giving WWW1 (world wide war!) a clear Masonic ending.  Remembrance Sunday ceremonies remind the elites as to who really controls all the wars that happen in the world.  The problem is there are so many Illuminati/Masonic numbering possibilities that using their preferred numbering systems as a prediction tool leaves so many possibilities.  WASP is brave enough to keep telling us what he knows and believes, despite endless ridicule in the comments section.

19 Responses to “WASP still thinks Olympics will be attacked. The Paralympics Closing Ceremony…..”