Hi Tap,
Here’s a couple of interesting articles in relation to your recent
posts “Cameron’s a fucking criminal” and so is who he works for, for
it’s certainly not the people of the country

As for raw milk – 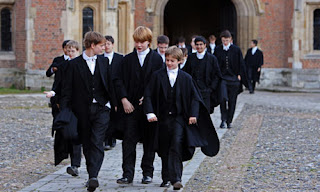 The rest had to drink pasteurized – no vitamins.

Finding access to raw milk is difficult in many parts of the US, but the situation is even worse in Canada where national law prohibits the sale of raw milk anywhere in the country. Few people realize, however, that Queen Elizabeth and her two grandsons drink this supposedly “dangerous” food item, as do nearly all Canadian farmers surveyed in a 2010 study published in Preventive Veterinary Medicine.

A writeup on raw milk published in The Globe and Mail back in 2010 explains that Queen Elizabeth personally drinks raw milk, and that when her grandsons Harry and William were students at Eton College, she went out of her way to smuggle it in for them as well. The Queen apparently recognizes some value in raw milk beyond what health authorities are willing to admit.

On the same token, nearly 90 percent of more than 2,100 Canadian farmers who sell their milk to the country’s government-run dairy cartel revealed that they siphon off raw milk from their own cows to feed to their families before it gets shipped off for homogenization and pasteurization. Like the queen, these farmers are apparently unswayed by the pseudoscientific nonsense about the so-called dangers of raw milk.

And yet ordinary Canadians continue to be deprived of their freedom of choice in choosing what type of milk to drink. Those with lactose intolerance, for instance, are forced to simply stop drinking milk, as only raw milk contains the lactase enzyme that properly breaks down and digests lactose in the system. The process of pasteurization destroys lactase and all other enzymes, which makes it difficult for many to digest.

Like the US, Canada has had its share of government raids and tyranny against those that even just try to set up herd shares, which allow individuals to purchase shares in a cow or goat, and access the milk. Back in 2010, for instance, the Supreme Court of British Columbia issued an injunction against dairy farmer Alice Jongerden for boarding other people’s cows, and forced her to basically stop milking the cows altogether, which is a form of animal abuse (http://www.homeontherangefarms.com/).

But the fact that both Queen Elizabeth and thousands of Canadian dairy farmers drink raw milk proves that milk can be produced and consumed safely in raw form. It also represents a blatant double standard, where only the “elite” are privileged enough to make their own food choices, while everyone else is subjected to erroneous and arbitrary restrictions on a wholesome food item that has been consumed safely for centuries, long before tyrannical governments came along and prohibited it.

and “How Pasteurisation destroys the goodness of milk”
http://www.naturalnews.com/034747_raw_milk_Queen_

TAP – intended for comments but I can’t get access.  Raw milk is made deliberately hard to get hold of, as it is so cheap and unbelievably nutritious.  Drink it frequently and your immune system will see off any number of infections that might otherwise knock you over.  With the world government, we are all losers.  But once you know what you are up against, it becomes easier to get well if you are sick, as I was, and save your family and friends – just as The Queen was trying to do for her grandsons at Eton.