Hi Tap, here are a few links & an  interesting e-Book, in which they refer to
(The Rockefeller Publication graphic won’t upload as it is cunningly built from text!  resent in an email by kind reader.) 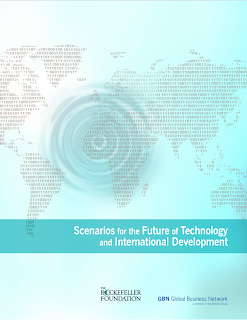 Scenarios for the Future of Technology
and International Development
HACK ATTACK
An economically unstable and shock-prone
world in which governments weaken, criminals thrive,
and dangerous innovations emerge.

The Israeli government is bracing for an attack from Iran during the 2012 Olympic Games being held in London, England. The supposition, although without factual backing, is agreed to be a possibility by politicians, diplomats, security officials and organizing committee personnel.
Israeli alarmists are seeking to frame Iran to justify a future military strike by claim that England is within missile range from Iranian posts. UK officials have reportedly shown their apprehension over the possibility that Iran could be planning an attack.
An Israeli special team has released a number of steps to be taken in response to such an attack. They have prepared a special command center, secret safe houses for foreign leaders and emergency evacuation routes for dignitaries.
British police have been given these recommendations and focused on practicing for mass protests should war break out.
The UK government has charged thousands of employees to patrol their borders; which are now threatened by strikes due to massive shortage of private security staff.
Several British officials, including Home Secretary Theresa May and Prime Minister David Cameron have condemned the strike as “unjustified” and “shameful … to strike on what is one of the key days for people coming into this country for the Olympic Games.”
( I take it only BANKSTERS & MP’s are allowed to Hold The Country To Ransom via false flags etc.)

In response, the UK government has employed armed forces and police to replace the security firm’s deficit. The last minute efforts of private security firm G4S have failed to fill in the gap, and so 3,500 troops were committed with 1,200 on standby.
John Bolton, former UN Ambassador, is urging Israel to attack Iran before they attack Israel.
Bolton told Fox News: “This is obviously a very dangerous period for Israel with the civil war in Syria, refugees reported going across the border into Lebanon, and Hezbollah well-armed with rockets on Israel’s northern border. I think if there were ever a time to retaliate, and directly against Iran this time, this is it.” …………

Hillary’s “Cowboy Diplomacy”: There will be hell to pay for NATO’s Holy War   Whilst Clinton H. is Mouthing off China are buying up Comodities

As for China, it’s laughing about Hillary’s desperation all the way to the bank. As the House of Saud becomes ever more paranoid with what it sees as the Obama administration flirting with democracy in the Arab world, Beijing jacked up trade ties by delivering a bunch of new missiles to Riyadh.

And while the “West” flirts with Holy War, Beijing’s
state-sponsored corporations have been buying commodities
like crazy all across the Middle East, North Africa and South
America – as well as stockpiling rare earths for strategic reserves.
China produces no less than 97% of the world’s rare earths –
used on everything from iPads to those shiny new missiles now
frying in the Arabian desert.

Other side effects as in “the price to pay” for the bypassing of the UN and the obsession on NATO as global Robocop will be inevitable. It shouldn’t be forgotten that the Holy War on Syria is a stopover on the way to Tehran. For instance, a new system of maritime insurance, as well as a new international exchange mechanism – bypassing Western diktats – may be about to be born.
AND PUTIN HAS PLANS TO “STUFF THE PETRODOLLAR” VERY SMART MOVE I WOULD SAY.
Yet the most important element may be a concerted move by Russia, Iran and China to reorganize the global energy market by transacting outside of the petrodollar.
IRAN ACCEPTS ANY CURRENCY OR GOLD BUT NOT $
So Washington cuts Iran off from SWIFT – the international bank clearing system? Iran’s central bank counterpunches; if you want to do business with us, you can pay in any currency apart from the US dollar, or you can pay with gold.
IT DOESN’T TAKE A QUANTUM LEAP IN THE THOUGHT PROCESS TO REALISE,  WHAT A BUNCH OF ‘DICK BRAINS’ REPRESENT US, WHEN THEIR ANSWER IS GENERALLY, WE WILL HAVE ANOTHER WAR, & USE  RENT A CROWD, TO START  IT.
Regards……………WASP
The Tap Blog is a collective of like-minded researchers and writers who’ve joined forces to distribute information and voice opinions avoided by the world’s media.