Your Child’s Next “Pain-Free” Vaccines—By Mail? 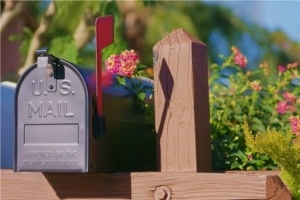 Your child could be getting vaccines in the mail.

Do you or your child suffer from needle phobia? Would you like to “escape the emotional aspects of that big needle coming right at you?” [1] Do you dread holding your baby while a needle is stuck into his tender skin? Do you feel guilty listening to him scream—even though your pediatrician assures you that you’re saving him from serious illnesses and maybe even death?
“But what if there was another way? What if a little clear patch arrived by mail, one that could be stuck onto the child’s back and then would dissolve painlessly? Baby’s protected, no one cries, and everyone is saved the time and expense of an office visit.” [2]
Well, needle-free, pain-free vaccines are on the way. And you might even be able to order them by mail and give them to your child in the comfort of your home.

THE EVOLUTION OF VACCINES

I used to be a huge fan of Star Trek. The series. I remember seeing the characters get shots from a strange contraption that didn’t look anything like the needles my brother, sister, and I were stuck with when we went to the doctor. I thought they were cool—no one so much as flinched when they received a shot. But I never thought that they might exist in the real world someday.
Right now, there is a nasal flu vaccine and a few oral vaccines for diseases like cholera and typhoid. Other painless forms of vaccines have been in the making for years, including needle-free jet injectors and patches, micro needles, dissolvable needles, inhaled dry powders, sublingual vaccines, and vaccines given by a charge of compressed air or electricity. I won’t go into all the technical details of each kind—you can read about them online. Just Google “needle-free vaccines,” or browse the references at the end of this article.
Briefly, among those being tested or awaiting testing approval are a patch, a sublingual, and an intradermal micro needle for flu; a jet injector for rabies and polio; an oral vaccine for anthrax; a nasal one for RSV; a dry powder for the norovirus; and nanoparticles for Hib.

Most of the new ways of administering vaccines are pain-free or cause only minimal discomfort.
Getting the vaccine into the skin instead of deep into the muscle reaches more immune cells, which may mean a better immune response.
The vaccines don’t have to be refrigerated. This is beneficial for places where storage is sparse and equipment is unavailable, such as developing countries.
There are no needles to dispose of.
A lower dose is effective and fewer doses are needed, according to some preliminary studies that tested titers. This means the vaccines would be more available during a pandemic or vaccine shortage.
One device that is being considered allows for control over both the dose of the vaccine as well as the pressure. It is tailored to different types of skin—say, a baby versus an adult. The hope is to eventually perfect this method so the thickness and elasticity of the skin can be sensed as well, helping to reduce the risk of accidental jabs.
They are cheaper since there is no need for a reusable applicator device, like a syringe.
It’s easier to monitor skin reactions and immediately use a topical steroid to treat them when they occur. The expectation is that there will be fewer serious adverse reactions than vaccines that use needles. (Notice how they only admit that there could be serious adverse reactions when they have an alternative—or several—that will also make money.)
Patient cooperation is unnecessary.
Patients, such as diabetics, could administer their own medication. Parents could vaccinate their own children. Both would save money on a doctor visit.
They are faster to produce.

Needle-stick injuries and accidental injections would be eliminated. In 2004, there were approximately 30 million such injuries, which can cause transmission of dangerous illnesses such as HIV and hepatitis. [3] In addition, 385,000 healthcare workers in the U.S. accidentally stick themselves each year. [4] (How is that possible? Are healthcare workers that careless? And how many children do they accidentally stick?)
Needle phobia, which affects 10 percent of the population [5] would cease to exist.

Current regulatory criteria for injected vaccines and their antigens might not apply to non-injected vaccines. So “phase III field-efficacy trials may be required to tease out and validate new immunologic correlates of protection.” [6]

The FDA will probably ask for “individual evaluations and submissions for each vaccine administered using this new route.” [7] So far, the FDA has only approved the jet injector device for the MMR. They have not received any safety and effectiveness data for the inactivated flu vaccine. [8]

They are “tricky to make.” One company tested a sandpaper-like device for years, only to have it fail in the last stages. [9]

WHAT’S WRONG WITH THIS PICTURE?

So many things don’t make sense.
If there are so many benefits to needle-free vaccines, why is it taking so long to get them on the market?
If these new methods require smaller (and fewer) doses, invoke a better immune response, are cheaper and safer, would eliminate accidental needle sticks and cross-contamination, and could readily be available for use in other countries and for all those “pandemics” we’re always being threatened with, why hasn’t vaccine route of administration been a research priority?

Not that vaccination equals immunization, but why did “experts” only recently figure out that there are more immune cells in the skin than there are in muscle (if that is, in fact, accurate)?

They may have to submit data to the FDA for every shot given using the new route? Seriously? The route? What about data on the vaccines themselves? Like the safety and effectiveness of each vaccine and every single ingredient and giving all the different kinds together? Where’s that data?

Mail-order vaccines? What’s up with that? If the parents give them to their children and something goes wrong, is it the parents’ fault? I can see those parents being charged with some sort of abuse like parents whose children die after a vaccine.

Remember the recent research conducted on the 5 S’s? Now more money is being spent on more research to take the pain out of vaccines. For example, a group of investors put up $15 million to test a nanopatch vaccine. [10] That’s just one. Wonder what the cost will be for parents. And how much money’s in it for Big Pharma.

Why are they so thrilled to be able to regulate the dose and pressure? Sort of a “one size doesn’t fit all” concept. “If I’m breaching a baby’s skin to deliver vaccine, I won’t need as much pressure as I would need to breach my skin,” says Catherine Hogan, a research scientist at MIT. “We can tailor the pressure profile to be able to do that, and that’s the beauty of this device.” [11] What about tailoring the vaccines and the schedule to the individual child? They have no concern over the actual vaccine and all its ingredients.

Maybe the truth is that the vaccines aren’t working, and the AAP, our government, and pharmaceutical companies are scrambling for another way to try again. To keep the same vaccines with the same ingredients. Raise vaccination rates and keep their money coming in. Same end result, as always.
What puzzles me, however, is the reason they give for developing so many new methods of delivering vaccines: to alleviate the pain and fear of needles. I have a hard time believing there are a significant number of parents who don’t vaccinate for that reason. Every hesitant parent I’ve spoken with is worried about the side effects, such as autism, not a few seconds or minutes of pain.

The articles I’ve read express concern over parents who don’t vaccinate. Dr. Erin Giudice, a pediatrician at the University of Maryland School of Medicine, says, “People are no longer taking it at face value that, yes, I should vaccinate my children. All the evidence we have that is backed up by science shows that it is way, way safer to vaccinate your children than not to vaccinate your children. I feel that anything we can do to make it easier for these parents is helpful.” [12]

Here they are touting safer and probably more effective ways to administer vaccines—not to mention cheaper and faster. Bruce Weniger, associate editor of the journal Vaccine and formerly of the CDC (no conflict of interest here), spoke at the “New Routes of Immunization and their Implications and Promise” section of last year’s Interscience Conference on Antimicrobial Agents and Chemotherapy. He believes there are benefits to eliminating needles, saying it’s “often easier to cope with recipients who are inoculated via the skin and experience adverse effects than if unanticipated problems erupt following vaccinations via other routes.” His exact words: “The more we get away from using needles, the better off we’ll be.” [13]

So, what exactly is going on? I’ve played with several scenarios. The one I keep coming back to is this. Take the character of your choice, be it a doctor or the head of a professional organization, and imagine him or her speaking at an AAP conference. “Parents don’t like shots. Let’s get rid of them.” (Deep breath.) “Wait. When I say no more shots, I mean no more needles, not no more vaccines. Hear me out.” And so on.
Needle-free vaccines probably seem less scary to most parents. Think about this. If, every time your child needed Tylenol or an antibiotic or any type of regular prescription, he had to have an injection, you’d probably think twice about it. More than twice. I think parents as a whole take injections more seriously. So, a vaccine available as a pill or patch, for instance, sounds less invasive and, therefore, safer. Needle-free vaccines cover both sets of hesitant parents— those who are concerned about serious adverse advents like autism and those who dread the pain and anxiety caused by the needles.

Our government, medical universities, and drug companies are all working on this. A lot of time and money is being spent. All the while, more and more of our children are getting sick, ending up with autism and/or a myriad of other disorders, or worse, dying from a vaccine.

I’d be interested in hearing your thoughts on needle-free vaccines. What do you think is really behind them?

2 Responses to “Needle-free vaccines are coming to your kids.”