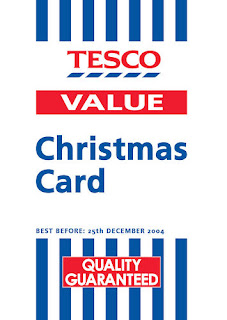 Tesco Supermarkets sell Bottled Water which Comes From The Tap

PA  |  Posted: 18/08/2012 08:55 Updated: 18/08/2012 08:55
Water cheek: The Daily Mail claims that some supermarket bottled water is from a tap
Two supermarkets have denied claims that the economy-price own-brand bottled water they sell is in fact tap water.
The Daily Mail reported that bottles of Tesco Everyday Value Still Water and Asda Smartprice Still Water were sitting on shelves alongside big brands of mineral water such as Evian and Perrier.
But it claimed they were simply a filtered version of what is supplied to almost all domestic homes and that there was no labelling on the bottles saying so.
It was likened to the fictional situation in the sitcom Only Fools And Horses where protagonists Del Boy and Rodney Trotter start selling “Peckham Spring”, which is in fact water from the taps of their London council flat.
Both supermarkets denied misleading their customers in any way, saying the bottles gave customers a clear idea of what they were buying.
Tesco profits have been well down this year as the campaign to boycott them for supporting middle east terror, particularly in Palestine and selling foods stolen from the occupied territories
“Tesco sells a wide range of waters to suit all tastes and budgets. All of our products are clearly labelled so customers know what they are buying.”
Jeanette Longfield of campaigning ethical food group Sustain told The Daily Mail: “I hope people return to trustworthy tap water – saving money, saving energy and saving waste in the process.”
TAP – sorry about the awful joke in the title.  I couldn’t resist the opportunity.  If the water is from the tap and filtered, that might be OK, but the filtration needs to be down to half a micron to take out toxic metals.  I would be surprised they go down so low as it slows down the process.  They should admit what they’re doing and explain about filtration.  How many microns, Tesco?
The point about bottled water is that the water is permitted to have higher levels of toxic substances than tap water.  These do not have to be declared on the list of ingredients.  Filtered fresh water from the tap is actually safer than bottled water, as you all the toxins are taken out.  The water in bottles has to contain preservatives as it sits in bottles for weeks before being consumed.  It also absorbs plastic from the bottles.  Get glass filled bottles if you have to drink bottled water.
Tesco should sell half micron-filtered flowing water which people can bottle in the store.  Then I’d allow them to use this blog’s trademark, but not otherwise!
The Tap Blog is a collective of like-minded researchers and writers who’ve joined forces to distribute information and voice opinions avoided by the world’s media.