Media report –  Harry’s grandmother is reportedly furious, and Buckingham Palace has banned the pics in England, calling them a breach of the royal’s privacy, according to the New York Daily News.

The playboy prince and his entourage reportedly met some girls in the Wynn hotel bar and invited them up to his VIP suite. The revelers decided to play a game of strip billiards and it appears that Harry and at least one girl were losing pretty badly. The 27-year-old can be seen cupping his genitals in one photo and bear hugging a woman in another – while wearing just a necklace and Rolex watch. 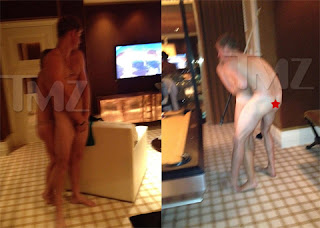 TAP – This exposure is evidence that the powers that be are still concerned that Harry’s not fitting into his Rothschild-subservient role.

Prince Charles was set up by the media at one time, declaring his wish to become a tampon, which must have been excruciatingly embarrassing.  Not any more.  Charles is fully on board delivering his ‘sustainability’ message fronting up the United Nations depopulation agenda.  None of his slip-ups would get reported these days.  The fact that Harry gets bad media shows that he hasn’t bowed down to Rothschild Royal expectations. 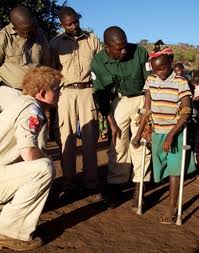 He still goes out on anti-landmine missions continuing his mother’s work, and betrays a humanitarian interest.  He must be worrying the elites.  His refusal to buckle means he’s going to get endless bad publicity. I look forward to more exposure stories and hope he doesn’t back down like his father did.  Basically he doesn’t give a fuck.  Good for him.

JULIA –  I read a piece on Harry today in the Metro, whilst on the bus. It actually described his minders as “handlers”! Maybe this is a test to see if people accept this terminology. To see if people think it is ok for human beings, albeit royal ones, to have “handlers”. The handlers were blamed for his antics, not Harry.

TAP – If my life was micro-controlled by handlers, I’d probably create a few antics to show the world I was not goping to be handled, too.

6 Responses to “Harry bothers the elites”