Hi Tap, James does not think there is anything strange about the Cinema being called “Century 16”.
That the Dark Knight was at the Olympic ritual.
That the event started at 8.12am with the ringing of bells over the whole Country.
That Gareth Williams signed off as Deadfoo7, he was tracking the plot to his last breath.
Anon. 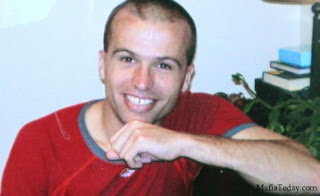 TAP – had Gareth Williams come across the plot to kill cinema goers at Aurora during the London Olympics, and more yet to come?  This 007 thing keeps cropping up.

If my baby wasn’t complaining at being ignored behind me in his crib, I’d copy over some references from recent wasp posts.  Maybe I can do so later.  Maybe Gareth was unscrambling various plots – and was about to let the cat out of the bag…..what else did he know?

7 Responses to “Gareth Williams Signed Off as ‘Deadf007’”