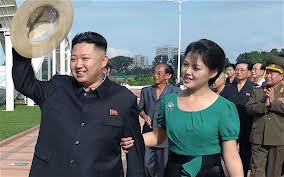 This means that a split has now emerged between the North Korean government and the Chosen Soren (General Association of Korean Residents in Japan).
Chosen Soren agents were involved in the Aum Shinryikyo subway sarin gas attacks as well as the 311 nuclear and tsunami mass murder.
A White Dragon Society representative is scheduled to meet with a Chosen Soren representative this week to try to persuade them to stop working for the criminal fascist Western cabal. If that happens, cabal rule in Japan will disintegrate almost overnight and Nakasone and others will confessing their sins and asking for forgiveness on the NHK national television network.
The cabalists are desperately trying to fan tensions in the region in an attempt to forestall the inevitable. For example, the Chinese activists recently arrested by the Japanese authorities on a disputed Island turned out to have been paid large amounts of money by cabalists to carry out that stunt, according to Japanese and Chinese sources.
The South Korean cabal puppet regime is also trying to stir up trouble with provocative war games and other stunts. Here is a message to President Lee Myung-bak: Have a happy retirement; you are going to spend the rest of your life in jail for the murder of former president Roh Moo-hyun. The team of assassins your government has been using is no longer willing to murder on behalf of the Western cabal and its flunkies. Your only hope is to surrender now and stop working for the cabal

More on this link –