Hi Tap, I was looking into what those Parasites who call themselves BANKSTERS have been up to, after having read an article in, The DM. Treasury Select Committee chairman Andrew Tyrie,
who is heading the Commission, is a supporter of an end to
free banking.
Banks are plotting to use a parliamentary inquiry into their bad behaviour as a way of imposing account fees on customers.
MPs and peers on a commission set up to examine the recent  Libor scandal will be approached by financial institutions this week which will argue in favour of introducing current account charges.
Several banks are expected to make the case that ‘free’ accounts were partly to blame for reckless actions by lenders and scandals such as the mis-selling of payment protection insurance.
This Guy must think we have just fallen off of Christmas Trees. Even Diamond didn’t try to pull that one out of the bag. When will any of our Elected representatives, stand up & say, “ENOUGH, IS ENOUGH”, if they stayed seated & said it, they would still be Head & Shoulders, above the rest of, The Groveling Crawlers, we Elect to Represent us, but don’t.
They only Creep from their Burrows, to “Rise & KISS the Lower Extremities” of The Banksters Anatomy, if they think they can get something out of it, to add to their other ill gotten gains.
The Banksters ‘Have Been Caught With Their Pants Down’ committing Fraud on a Gargantuan Scale, Manipulating The LIBOR , & This Guy is blaming it in part ,not having charged for Current Accounts  ………….UNBELEIVABLE
They stole Trillions of $’s, The Libor Scandal is also Connected with the ‘BATMAN’ Shootings as I have Previously Stated in a Previous Post, but here is another Link. 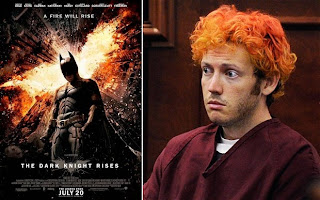 His father, Robert Holmes, helped develop an anti-fraud algorithm which played an important role in the discovery of the $21 trillion dollars previously hidden by the banking elite. He is also believed to be the whistle-blower who alerted the world to the LIBOR scandal, wherein the banking elite counterfeit or stole trillions of dollars from the public. Some in the intelligence community forums and tinfoil-hat oriented forums are saying that he was supposed to testify in the Senate on the matter, but I can’t find a good source for that.

Since 2002, Robert Holmes has worked at FICO.  FICO is responsible for issuing the credit score that actually matters – the FICO score.  The one you don’t see on your yearly free credit reports; the one you need to pay to see and the ones the banks use to determine loan rates.
His job there is to develop neural-net predictive analytics software designed to synthesize intelligence drawn from billions of credit-card transactions.  This software is used by 17 of the top 20 credit companies.

He is a leader in financial software creation for banks, which by definition would involve the implementation of LIBOR data, so it really is not a big leap to give the Senate testimony claim some consideration.
——-
Now, put on your tinfoil hats.

Here is my theory.  James Holmes was brainwashed / mind-controlled in a similar way to MK-ULTRA subjects.  The correlation between his behavior in court and MK-ULTRA victims is creepy at best and damning at worst.
The accomplice reported by eyewitnesses was most likely his government/banking cartel mind-control handler.
This whole event benefits the banking elite in more than one way:

One thing is for sure, just like 9/11, the “facts” of the official story don’t hold to scrutiny

In The Name of The Great Architect of The Universe, The World’s Population isn’t Big Enough, even  if they all had Current Accounts  to give him that profit.
When I looked it up World Population c.a. 6,869,359,700,  <  7 Billion,
How many of them do you think have Current Accounts, its not even worth bothering to look it up, they have been committing Fraud for so long they can’t even think of good excuses, & they totally believe their own lies.
WASP
The Tap Blog is a collective of like-minded researchers and writers who’ve joined forces to distribute information and voice opinions avoided by the world’s media.