Here is the link to the website.
http://www.webpronews.com/is-japan-making-youtube-illegal-for-japanese-citizens-2012-06
Thank You. 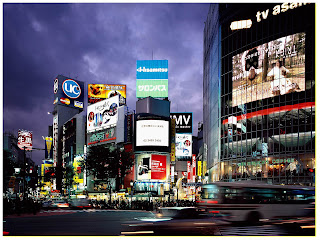 The land of the electronics to be banned from using them.

EXTRACT –
The Japanese government did something a little sneaky while its public was distracted by the arrest of a cult member who wanted to gas Tokyo’s subway system; something that could impact all Japanese citizens, even if they aren’t in Japan when they potentially violate certain copyright law revisions.

As pointed out by Japanese attorney Toshimitsu Dan, the revisions introduced by the Japanese government focus directly on the ripping, sharing, and downloading of copyrighted content. As Dan explains, Japanese citizens will be effected in the following ways:

1. Ripping and copying of copy-protected and encoded materials like DVDs and games is no longer considered “for personal use” and is punishable.
2. The sale of software and hardware that circumvents copy protection and access protections is forbidden.
3. The intentional download of illegally uploaded materials is now punishable.

But how does this effect YouTube, you ask? Pay attention to the third revision Dan discussed and consider how you watch YouTube videos. When you click play, the content is downloaded to your computer, and even though it’s on a temporary basis, it will fit the definition of copyright violation, as defined by the Japanese government. Not only that, but as Dan points out, the wording of these revisions makes them so that they apply to all Japanese citizens, even those who aren’t actually living in Japan, or as The Escapist puts it:

…when the law comes into force in October, it will be illegal for Japanese citizens to watch protected material via YouTube – even if they happen to be doing it in Los Angeles.