COMMENT – The [B]ull$h!t [B]roadcasting [C]orporation will be at the forefront of any propaganda during the Olympics. Just one reason alone to throw your Tell-lie-Vision out of the window. I noticed a billboard the other day where they were boasting about 24 channels of Olympics… wow. If there is a false flag during the Olympics, I wonder if the BBC can remember not to report it 20 minutes early like last time… lol: http://www.youtube.com/watch?v=C7SwOT29gbc on Weather Tricks. Now For Something Completely Different.
TAP – Oh clear!  Administrative error means a whole regiment of troops is required to be on patrol to pick up potato crisp packets during the Olympics.  That’s surely the best excuse throughout history for the placing of troops on the streets of the nation’s capital.  Let’s hope they take the chance to march on Downing Street and throw the whole rotten lot out of office, and splurge Whitehall and the City of all their bloated sycophants. 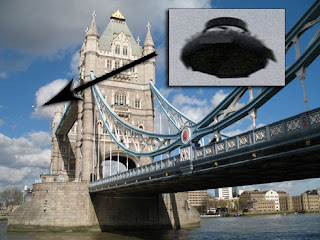 And while they’re at it, they could close down the BBC’s TV coverage of the pseudo alien events, being teed up for the public’s entertainment, according to BBC-propagated rumour.  If they broadcast it all 20 minutes early,  like last time (911), people might have a chance to get out of the way.  Mind you, how do you dodge a flying saucer? 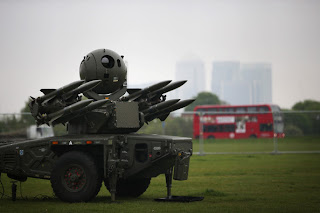 If some of these started firing at some of the above, it would certainly liven up the show.  The choreographers have no doubt planned it all out in advance.  The skies are being cleared of clouds according to the weather forecast, so people can witness the display for whichever aerial events are scripted.  If you ever doubted weather was controlled, the Olympic sunshine should prove it to you.
The Tap Blog is a collective of like-minded researchers and writers who’ve joined forces to distribute information and voice opinions avoided by the world’s media.

7 Responses to “Will BBC Report Next False Flag 20 Minutes Early Like Last Time!”