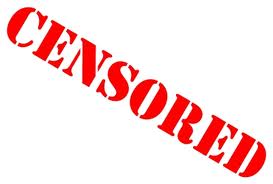 QUESTION:- was the COCK UP over SECURITY pre arranged so that the Military could be introduced via. the back door, thus avoiding some very awkward questions.

Not even the “PISS POOR” politicians that represent us could clock up that many synchronistic events leading to the chaotic state of affairs now prevailing.
The London Olympics are fast taking on the appearance and tone of a full-scale land, sea and air military operation rather than an international sporting event.
With surface-to-air missiles stationed on top of residential apartment blocks, Royal Navy battleships on alert and Royal Air Force fighter jets and helicopters patrolling the skies over Britain’s capital there is a foreboding sense of a nation at war instead of an occasion of internationalist fraternity that the ancient Games are supposed to embody.
The Games begin in just under two weeks. The latest development is the announcement by Britain’s Ministry of Defence that 3,500 extra troops are to be deployed to ensure security at the 30 venues hosting sporting events. This is in addition to the 13,500 military personnel already assigned to protect members of the public and sports teams from the risk of terrorist attack.
British General Sir Nick Parker, overseeing the security arrangements, has said that one of the contingencies being planned for is dealing with a “9/11 type event”.
The total troop deployment in and around London represents 7,000 more personnel than is currently on Britishoperations in Afghanistan.
This figure is in addition to the 10,000 extra police officers and a division of 10,000 private security guards. It was the disclosure that G45, the private security firm with the Olympics contract, could not fulfill its manpower requirements to cover the Games that prompted the latest enlisting of additional soldiers.
The militarization of the Olympics was conveyed inadvertently by a spokesman for the Ministry of Defence when he said: “Many of the people whom the public will meet at the point of entry to any Olympic event will now be a serving member of the armed forces.”
Boris Johnson, the maverick Mayor of London, said in a statement: “The mayor takes the issue of Olympics security extremely seriously, and having the finest and bravest service men and woman in the world at our disposal during the Games should be a source of great comfort.”
The Royal Navy’s largest battleship, HMS Ocean, will be moored on the Thames at Greenwich, providing a logistical command centre during the event. It will  also provide a base for Lynx helicopters manned with snipers to make round-the-clock sorties over the capital. HMS Ocean
Royal Marines on patrol boats and inflatable dinghies are also assigned on the iconic river that snakes its way through London’s historic landmarks.
The RAF will also be patrolling the skies over the capital with Puma helicopters and Typhoon fighter jets operating out of RAF Northolt in West London and Ilford in East London.
But the most controversial deployment has been the installation of surface-to-air missile batteries in residential apartment blocks in the impoverished, rundown East End of London. Residents recently lost a court battle to prevent the Rapier SAM batteries being installed Rapier SAM Battery to be installed on residential apartment blocks in London’s East End
The mainly working-class local communities objected to the militarization of their neighbourhoods. They also questioned the safety for residents in the event of the weapons being used to bring down aircraft suspected of carrying out terror attacks. One local man said: “What’s going to happen if our houses get showered with debris?”
The military invasion of poor neighbourhoods for the four-week duration of Olympics has served to rankle already ill feeling towards the colossal spectacle. East London areas such as Tower Hamlets and Waltham Forest lie in the shadow of some of the purpose-built venues. The staging of the Olympics, including the massive security operation, is reckoned to come to a total cost between $20 and $40 billion, much of which will be footed by the taxpayer. This is at time of swingeing austerity cuts by the British government amounting to a total of $140 billion axed from public spending.
Socially deprived communities in London’s East End have borne the brunt of government cutbacks required to balance Treasury books thrown into disarray from lavishing billions of dollars on bailing out corrupt private banks.
With unemployment and deprivation being felt keenly in areas like London’s East End, not many of the residents there will be able to afford the admission to the Olympics, with tickets fetching as much as $3,000.
Given the juxtaposition of this glitzy event and its garish corporate sponsorship alongside the sprawling grim poverty for many Londoners – amid the backdrop of full-scale military operations and surveillance – there is an eerie sense of George Orwell’s dystopian novel 1984.
Orwell’s classic story of an authoritarian police state was set mainly in London, which had become the capital of Airstrip One, a province of the American super-state, Oceania. The impoverished majority of the populace, the “proles”, had to content themselves with seedy pubs and the faint hope of winning a weekly lottery, while the “inner circle” lorded over the masses. The proles were kept in their place of servitude by emergency powers and a permanent state of war. There is also more than a suspicion in Orwell’s 1984 that the supposed state of war and incoming attacks from anonymous enemies were a contrivance by the elite to instill fear in the masses. 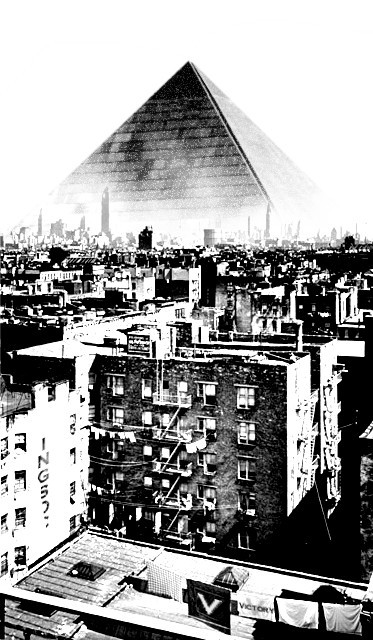 The Ministry of Truth rising over the slums of Airstrip One.
Copyright eryq.org
With the British government’s lead participation in America’s “global  war on terror” (commonly referred to as GWOT) and evidence that British intelligence colluded in the so-called 7/7 London underground terror bombings in 2005, Orwell’s 1984 looks increasingly like life imitating art.
The novel was published in 1949, one year after the last Olympics were staged in London. Those Games were held in the aftermath of World War II when much of London’s skyline would have still shown the devastation of the German Luftwaffe’s Blitzkrieg.

In 2012, London will also resemble a war zone, owing to the spurious “war on terror” that the British government and its American allies have embarked on in the pursuit of domestic and foreign dominance.
Finian Cunningham is Global Research’s Middle East and East Africa Correspondent
cunninghamfinian@gmail.com
Hi Tap, I have been trying to get this article on global research all day.
but have only just succeeded, via another S.E. either it is very popular or they were trying to block it. Finian Cunningham as usual leaves no ‘stone unturned’.
I will send it complete in case you can’t log onto it.
REGARDS  …………..  WASP
The Tap Blog is a collective of like-minded researchers and writers who’ve joined forces to distribute information and voice opinions avoided by the world’s media.

4 Responses to “The Olympics will resemble a war zone.”