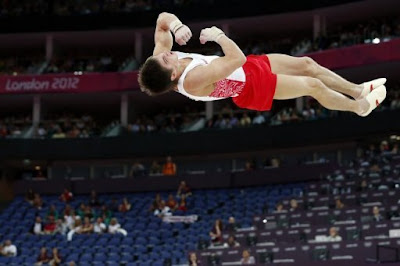 Olympic organisers have launched an investigation after fans expressed disappointment at the sight of rows of empty seats on the first day of the London Games.
Locog were prompted to act after gaps were visible at a number of venues, including the Aquatics Centre where British medal hope Hannah Miley missed out on a podium place in the  400 metres individual medley final.
In contrast, huge crowds lined the streets, where tickets were not required, to watch Mark Cavendish and Team GB compete in the cycling road race.
A spokesman for Locog said the majority of the empty seats were believed to belong to accredited groups such as governing bodies and the media.
He added that some tickets remained unsold and urged members of the public to check online for availability.
The Tap Blog is a collective of like-minded researchers and writers who’ve joined forces to distribute information and voice opinions avoided by the world’s media.

3 Responses to “The ‘Empty’ Olympics. ‘Governing Bodies’ and ‘The Media’ Must Know Something?”