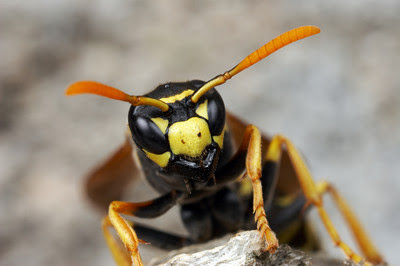 Hi Tap, I see that Global Warming is back with us again, this is a hugely complicated subject that politicians do not wish to understand.
It relates to certain aspects some of which you might not be aware of. If you like I will do a Post on this stuff in the near Future, but it won’t be easy as there is much cross linking, & I don’t want to monopolize your Site, & I still have the Chemtrail stuff to complete.
This is a short note for you with a bit of background, not for Posting as not completed & in note form :-
THE REDUCTION OF CO2 LEVELS:-
Meant to Shaft The Countries Economy, & Power Resources. Accelerate us to a point where we are told that more Nuclear Power Plants, are the only alternative. But we don’t really because there are far better & safer alternatives, however, there would be far less profit if that route was taken.
Major Vested interests are involved with respect to reducing CO2 levels, which many Scientists, consider very foolhardy, as it is a major product that allows Plant Life to Thrive,
There are a vast number of Top Scientists who’s opinions never see the light of day as they are not in agreement with the theories put forward, regarding A.G.W.
You may not know it but HRH E2 is the Major Shareholder in Nuclear Power Facilities, it is no accident that Depleted Uranium, a product from this industry has been widely used in munitions, since the Crown Controls The Armaments Industries, (the horrors that this has produced you would not believe) The following pictures were provided by Dr. Siegwart Horst-Gunther, authored of a 1996 book titled, “URANIUM PROJECTILES – SEVERELY MAIMED SOLDIERS, DEFORMED BABIES, DYING CHILDREN” (ISBN: 3-89484-805-7).
The Crowns control of The Armaments Industries dates back to “GERMAN GEORGE’S” Time. It is no accident that the Programme for Nuclear Power is being Accelerated – This is how the short fall is going to be made up. it is estimated that HRH E2 makes £10,000.000 a week from these facilities alone, this you might think benefits the Country, but you would be wrong it is spirited away to OFF SHORE BANK ACCOUNTS.
Africa is very important as a source of Mineral Wealth , and internal conflicts due to Tribal Rivalries, as I have stated in previous Posts, assure that the Continent will never be Re-united. This in my opinion is another reason why they had to get rid of Gadaffi, as Re-Unification of Africa was his aim. HRH E2 is the Major Shareholder in RTZ, who hold the Concessionary Rights for the Mining of Uranium Ore, & Minerals on the Continent of Africa, this goes back to The Cecil Rhodes, Take Over of The Continent, One of The Biggest Criminals to have ever lived, & directly & indirectly responsible for the deaths of millions of people, & his legacy still lives on.
Many of the activists involved in The Green Movements are in fact financed by those they pretend to be in opposition to, one name who comes to mind is Julie Kirkbride THERE IS NOTHING LESS GREEN THAN NUCLEAR POWER, Kikbride embezzled £172,073 of Tax Payers Money.
In reality Servants of the Crown never get expelled – they know too much!
Julie Kirkbride MP and her husband Andrew Mackay MP embezzled over £172,000 of the honest taxpayers money. Nuclear supporters Andrew Mc Kay & his bitch are on record as having said “Britain Needs to Build More Chernobyls”
They were never interviewed by Her Majest’y Metropolitian Police because (It was reported via. Police Sources at the time ) “they are above the Law!
Earlier this year The Telegraph paid a Whitehall insider £150,000 for restricted government documents proving Kirkbride and Mackay are but two of hundreds of royal puppets, who’s sole purpose in life is stuffing their offshore accounts with the taxpayers money before the lid comes off the Sellafield nuclear complex.

Like their equally bent colleagues’ Kirkbride & Mackay are doing the indecent thing by refusing to leave their phony baloney jobs until the next General Election in May or June 2010. At that time Her Majesty The Queen will use at least £80 MILLION of the honest taxpayers money to reward over one-hundred thieving Members Of Her Majesties Parliament for their services to the Crown. (They were, however, forced out by the constituents they represented).

BBritain’s worst nuclear power accident, thus far, happened in the core of Britain’s first nuclear reactor at Windscale, now called Sellafield. The small fire, that started on October 10, 1957, illustrated the insanity of building nuclear reactors anywhere near towns or cities. As the fire intensified the men in charge were faced with two choices.
If they allowed the fire to burn, in the hope it would burn it-self out, the nuclear fuel could melt into a super-critical-mass causing a nuclear explosion like Nagasaki.
If they attempted to put the fire out by flooding the reactor. The increasing temperature could flash the incoming water into super-heated-steam. Causing a non-nuclear explosion (as would happen at Chernobyl). Either type of explosion would spread fatal fallout over the homes of millions, leading to mass evacuations – and a much-devalued £.
Rather than do nothing. They flooded the reactor. The gamble paid off.
Ministers Of The Crown, who knew how close the North of England came to becoming a nuclear desert, were also faced with two choices.
They could tell the truth: An accident at the Sellafield plutonium factory will destroy the lives of millions. Therefore, nuclear waste (read bomb) production should be left to our allies in the wide-open spaces of America.
Or they could keep quiet and continue feathering their offshore nests by pouring the taxpayer’s billions into Establishment companies supplying and operating Windscale/Sellafield – accountable only to the Queen and her ministers cosily covered by Her Majesties Official Secret Act(s)
As you can see the “RABBIT HOLE” goes deeper & is far more complex than the average member of the public could ever comprehend, many very intelligent people like those of my family, wouldn’t believe a fraction of this if I told them, so the Elite don’t worry that Conspiracy Theories Gravitate back to them do they? Only the ‘NUTTY CONSPIRACISTS’
have any idea of what is going on, & they know that, so are not bothered.
Their Greed Reaches Unimaginable Heights!
BUT THEIR CONTEMPT FOR ORDINARY PEOPLE IS LIMITLESS.
To any one with a Brain that Works & even a Modicum of Common Sense, if we are not going to use the Free Electrical Energy that surround our Planet , then the next best option would be Sea & Wave Power which will go on for ever & there would be no DECOMMISSIONING EXPENSES, but then the Waste Industry is a Mega Billion
‘£’ Earner for Someone isn’t it?
REGARDS ……….. WASP
The Tap Blog is a collective of like-minded researchers and writers who’ve joined forces to distribute information and voice opinions avoided by the world’s media.

2 Responses to “The corruption behind Britain’s nuclear industry.”