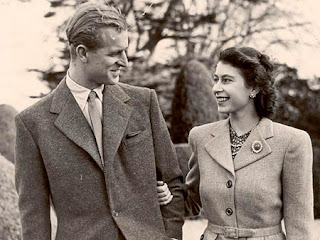 Inbred elitists despising the common folk.  Great grandchildren of Queen Victoria, both.   Victoria the daughter of Nathan Mayer Rothschild.  There’s wealth beyond imagination.  In 1850 the Rothschilds were known to own more than half of all the wealth of the world.  It’s only got bigger since then, but they went undercover.  SO you never hear the real story.  They own and control all media.


Hi Tap, here is an article that might be of interest to your READERS ON THE OTHER SIDE OF THE  POND.

THEY REALLY DO WANT TO REDUCE THE POPULATION

Most Americans have absolutely no idea, but a very dark philosophy is spreading like wildfire among the global elite.  This philosophy is an obsessive belief that humanity has become a cancer that is destroying the earth.  There are now large numbers of global leaders that are convinced that the exploding population of the world has become like a virus or a plague, and that it must be combated as such.  In fact, it would be very difficult to understate just how obsessed many members of the global elite are with population control.  The United Nations puts out position papers about it, universities have entire courses dedicated to it, radical population control advocates have been appointed to some of the highest political positions in the world, and some of the wealthiest people on the planet get together just to talk about it.  Those who believe in this philosophy are constantly talking about the need for “increased access” to abortion, contraception and other “family planning” services.  But even with all of their efforts, the population of the world is still expanding and those who believe in this population control philosophy are getting nervous.
So just who are these people among the global elite who believe so fervently in population control?  Some of the names you are about to read below might totally shock you.  Many of them are some of the biggest names in the world.  For example, Prince Charles gave a major speech just the other day in which he bemoaned the rapidly expanding world population: “I could have chosen Mumbai, Cairo or Mexico City; wherever you look, the world’s population is increasing fast. It goes up by the equivalent of the entire population of the United Kingdom every year. Which means that this poor planet of ours, which already struggles to sustain 6.8 billion people, will somehow have to support over 9 billion people within 50 years.”
Many among the global elite believe that the growing world population is the number one problem facing the world.  Many of them are absolutely convinced that overpopulation is the primary cause of “climate change”, is ruining our environment, and threatens to turn the entire globe into one gigantic third world slum.
Of course all of that is nonsense, but this is what they actually believe, and the scary thing is that most of them are in positions of power and influence where they can actually do quite a bit to advance their insidious agenda.
The following are 22 shocking population control quotes from the global elite that will make you want to lose your lunch…

Division policy brief….
“What would it take to accelerate fertility decline in the least developed countries?”
#2) Microsoft’s Bill Gates….
“The world today has 6.8 billion people. That’s heading up to about nine billion. Now if we do a really great job on new vaccines, health care, reproductive health services, we could lower that by perhaps 10 or 15 percent.”
#3) Barack Obama’s top science advisor, John P. Holdren….
“A program of sterilizing women after their second or third child, despite the relatively greater difficulty of the operation than vasectomy, might be easier to implement than trying to sterilize men.
The development of a long-term sterilizing capsule that could be implanted under the skin and removed when pregnancy is desired opens additional possibilities for coercive fertility control. The capsule could be implanted at puberty and might be removable, with official permission, for a limited number of births.”
#4) George W. Bush’s science advisor Paul Ehrlich….
“Each person we add now disproportionately impacts on the environment and life-support systems of the planet.”
#5) U.S. Supreme Court Justice Ruth Bader Ginsburg….
“Frankly I had thought that at the time Roe was decided, there was concern about population growth and particularly growth in populations that we don’t want to have too many of.”
#6) A United Nations Population Fund report entitled “Facing a Changing World: Women, Population and Climate”….
“No human is genuinely ‘carbon neutral,’ especially when all greenhouse gases are figured into the equation.”
#7) David Rockefeller….
“The negative impact of population growth on all of our planetary ecosystems is becoming appallingly evident.”
#8) Jacques Cousteau….
“In order to stabilize world population, we must eliminate 350,000 people per day.”
#9) CNN Founder Ted Turner….
“A total population of 250-300 million people, a 95% decline from present levels, would be ideal.”
#10) Dave Foreman, Earth First Co-Founder….
“My three main goals would be to reduce human population to about 100 million worldwide, destroy the industrial infrastructure and see wilderness, with it’s full complement of species, returning throughout the world.”
#11) Prince Phillip, the Duke of Edinburgh….
“If I were reincarnated I would wish to be returned to earth as a killer virus to lower human population levels.”
#12) David Brower, first Executive Director of the Sierra Club….
“Childbearing [should be] a punishable crime against society, unless the parents hold a government license … All potential parents [should be] required to use contraceptive chemicals, the government issuing antidotes to citizens chosen for childbearing.”
#13) Planned Parenthood Founder Margaret Sanger….
“The most merciful thing that a family does to one of its infant members is to kill it.”
#14) Planned Parenthood Founder Margaret Sanger. Woman, Morality, and Birth Control. New York: New York Publishing Company, 1922. Page 12….
“Birth control must lead ultimately to a cleaner race.”
#15) Princeton philosopher Peter Singer….
“So why don’t we make ourselves the last generation on earth? If we would all agree to have ourselves sterilized then no sacrifices would be required — we could party our way into extinction!”
#16) Thomas Ferguson, former official in the U.S. State Department Office of Population Affairs….
“There is a single theme behind all our work–we must reduce population levels. Either governments do it our way, through nice clean methods, or they will get the kinds of mess that we have in El Salvador, or in Iran or in Beirut. Population is a political problem. Once population is out of control, it requires authoritarian government, even fascism, to reduce it….”
#17) Mikhail Gorbachev….
“We must speak more clearly about sexuality, contraception, about abortion, about values that control population, because the ecological crisis, in short, is the population crisis. Cut the population by 90% and there aren’t enough people left to do a great deal of ecological damage.”
#18) John Guillebaud, professor of family planning at University College London….
“The effect on the planet of having one child less is an order of magnitude greater than all these other things we might do, such as switching off lights. An extra child is the equivalent of a lot of flights across the planet.”
#19) Professor of Biology at the University of Texas at Austin Eric R. Pianka….
“This planet might be able to support perhaps as many as half a billion people who could live a sustainable life in relative comfort. Human populations must be greatly diminished, and as quickly as possible to limit further environmental damage.”
#20) U.S. Secretary Of State Hillary Clinton….
“This year, the United States renewed funding of reproductive healthcare through the United Nations Population Fund, and more funding is on the way.  The U.S. Congress recently appropriated more than $648 million in foreign assistance to family planning and reproductive health programs worldwide. That’s the largest allocation in more than a decade – since we last had a Democratic president, I might add.”
#21) Clinton adviser Nina Fedoroff….
“We need to continue to decrease the growth rate of the global population; the planet can’t support many more people.”
#22) The first of the “new 10 commandments” on the Georgia Guidestones….
“Maintain humanity under 500,000,000 in perpetual balance with nature.”
I have told yo this before, but here it is again
2% of the Worlds Population own 98% of the Worlds Land Resources BECAUSE THEY STOLE IT!
98% thats us, are allowed to share 2%  of the Worlds Land Resources N.B. “SHARE” viz. Treaty of Verona
THEY HAVE ALSO STOLEN THE HIGH SEAS
HRH E2 is the Worlds Greatest Land Owner, A CONSTITUTIONAL MONARCH MY ARSE!, ( HEAD OF Pilgrims) That says it all I would suggest. There are many searchable Links within The Blogg I have sent on previous Posts relating to this.
Isn’t it Time that this situation was SORTED OUT RATHER THAN KILLING PEOPLE OFF.
CERTAIN POLITICAL IDIOTS HAVE SUGGESTED GIVING HER A YACHT, DO THEY EXIST IN THE SAME WORLD AS US OR ARE THEY JUST “PISS POOR POLITICIANS” ( LIKE THOSE THAT HAVE ALWAYS REPRESENTED US) THE MONKEYS DANCING TO THE ORGAN GRINDERS TUNE, HAVING ACCEPTED THE DEVILS COINAGE, representing us  only for Personal Gain.
REGARDS  ………WASP
The Tap Blog is a collective of like-minded researchers and writers who’ve joined forces to distribute information and voice opinions avoided by the world’s media.

7 Responses to “Prince Philip: “If I were reincarnated I would wish to be returned to earth as a killer virus to lower human population levels.””