ENGLAND IS A ‘POLICE STATE’ – it’s OFFICIAL – so says Mr Van Zandt of the Springsteen East Street Band. I have never ever heard of a ridiculous situation where 65,000 people who have paid out of their own pockets to travel to a gig have then had the plug pulled on the band – it seems no one told the organisers of the Springsteen gig in Hyde Park that Mr Springsteen is well known for doing exceptionally long performances! I suspect that there is another unreported reason why this gig was stopped – it was not just that Springsteen had exceeded the time limit for the Hard Rock Calling event after playing for more than three hours…. Springsteen and his band had earlier invited Rage Against The Machine’s Tom Morello on stage to perform two songs… Did the police know that RAGE AGAINST THE MACHINE are famous for featuring the COUNCIL ON FOREIGN RELATIONS building in their anti-establishment songs and videos???

Mr Spingsteen’s guitarist Steven Van Zandt, a member of Springsteen’s E Street Band, was angered by the forced curtailment, accusing “English cops” of preventing “80,000 people having a good time”. “When did England become a police state?” he wrote on Twitter. Good question. 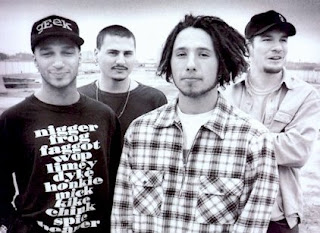 LYRICS FROM RAGE AGAINST THE MACHINE

Europe ain’t my rope to swing on
Can’t learn a thing from it
Yet we hang from it
Gotta get it, gotta get it together then
Like the motherfuckin’ weathermen
To expose and close the doors on those who try
To strangle and mangle the truth
‘Cause the circle of hatred continues unless we react
We gotta take the power back

Springsteen silenced at long gigTAP – Elites are getting nervous.

Rock stars Bruce Springsteen and Sir Paul McCartney have the plug pulled on them after over-running at a concert in London’s Hyde Park.
The Tap Blog is a collective of like-minded researchers and writers who’ve joined forces to distribute information and voice opinions avoided by the world’s media.