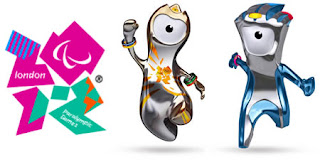 BBC –
Tourist attractions in central London also saw reduced visitor numbers over the weekend, according to the Association of Leading Visitor Attractions has said.
Its chief executive Bernard Donoghue said visitor numbers were between 30% and 35% lower.
He said this was “partly because the kind of visitor you get during an Olympic year is different to any normal year, and it is also partly because people think it is going to crowded and hectic here in central London”.
Hoteliers across the capital have also complained about reduced occupancy levels.
Satbir Bakshi, owner of Hotel Earls Court, told the BBC: “Everyone was expecting big, big bonanzas, but this is the worst I have seen in 30 years.
“The Olympics was all hyped up, and every hotel – including mine – put their prices up.
“But with a week to go before the start of the games, I had to put my prices back down again. Like everyone else I’m only half full. Normally I’m full at this time of the year.”
TAP – It’s odd.  They spend GBP 12 billion on promoting London, and the place is a ghost town. Shops are down 10% on last year.  Hotels are half full, the emptiest in thirty years.  The arenas are empty while world class athletes perform.  What’s the problem?
Maybe it’s all the Illuminati symbols, the one-eyed Wenlock and Mandeville, the ZION 2012, and the pyramid lighting towers.  Kind of a giveaway that the same fruitcakes that did 911 and bombed London on 7/7 want to pull another stunt.  The evidence of G4S involvement, the same outfit that ensured CCTV failed on 7/7, and so on.  People have got wind, and got jumpy.
The Tap Blog is a collective of like-minded researchers and writers who’ve joined forces to distribute information and voice opinions avoided by the world’s media.

8 Responses to “Olympics Empty London. Why?”