This morning, the sky was blue, a cloudless sky and the sun was warm, giving some hope.  At last we can get some summer warmth, I thought.  Thirty minutes later I checked outside again.  The sky was filled with chemtrails spreading out turning the once blue sky to milky white.  I counted more than twenty trails, maybe forty.  I don’t know.  They were everywhere in the usual crosshatch pattern.  Shane, my Filipina wife, just arrived in the UK, stared up at them.  ‘What do you think they’re doing?’  I asked.

To me, this looks like an attempt to freeze us.  If it’s this cold in July, you can only imagine the temperatures they will create by January. 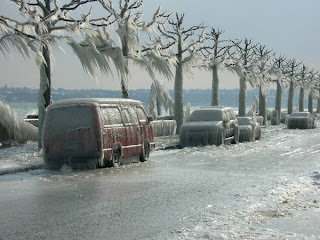 COMMENT –  Hi Tap, Clear as a bell at 7am over Doncaster, can even see the Moon.
Several planes have flown over with no con or chemtrails.
Should have been a good day exept for the Chemtrails coming from the SouthWest. Have we any readers in the Southwest to confirm this.


TAP – This is a new video just out about chemtrails.  They admit that filling the atmosphere with particulates will eventually cause major droughts as it is happening in the USA.   This is an attack on food security.


‘They’ can also seed clouds and cause massive rainfall where they wish, and flood crops too.


It will create demand for GM crops that can cope with changing weather patterns.  Monsanto can make money from weather control.  They can get into control of all food production.


Weather modification programs are being ramped up on a global basis.  There are continent-wide programs in process.


The particulates are killing insects, killing trees and plants from contaminated soils and water.  The eco-system is collapsing.  The governments of the world must be made accountable.


When will a politician first mention these operations that we can see in the skies above our heads every day?  None has yet dared to do so.  Yet they must know.

18 Responses to “Give us some sun, you bastards.”